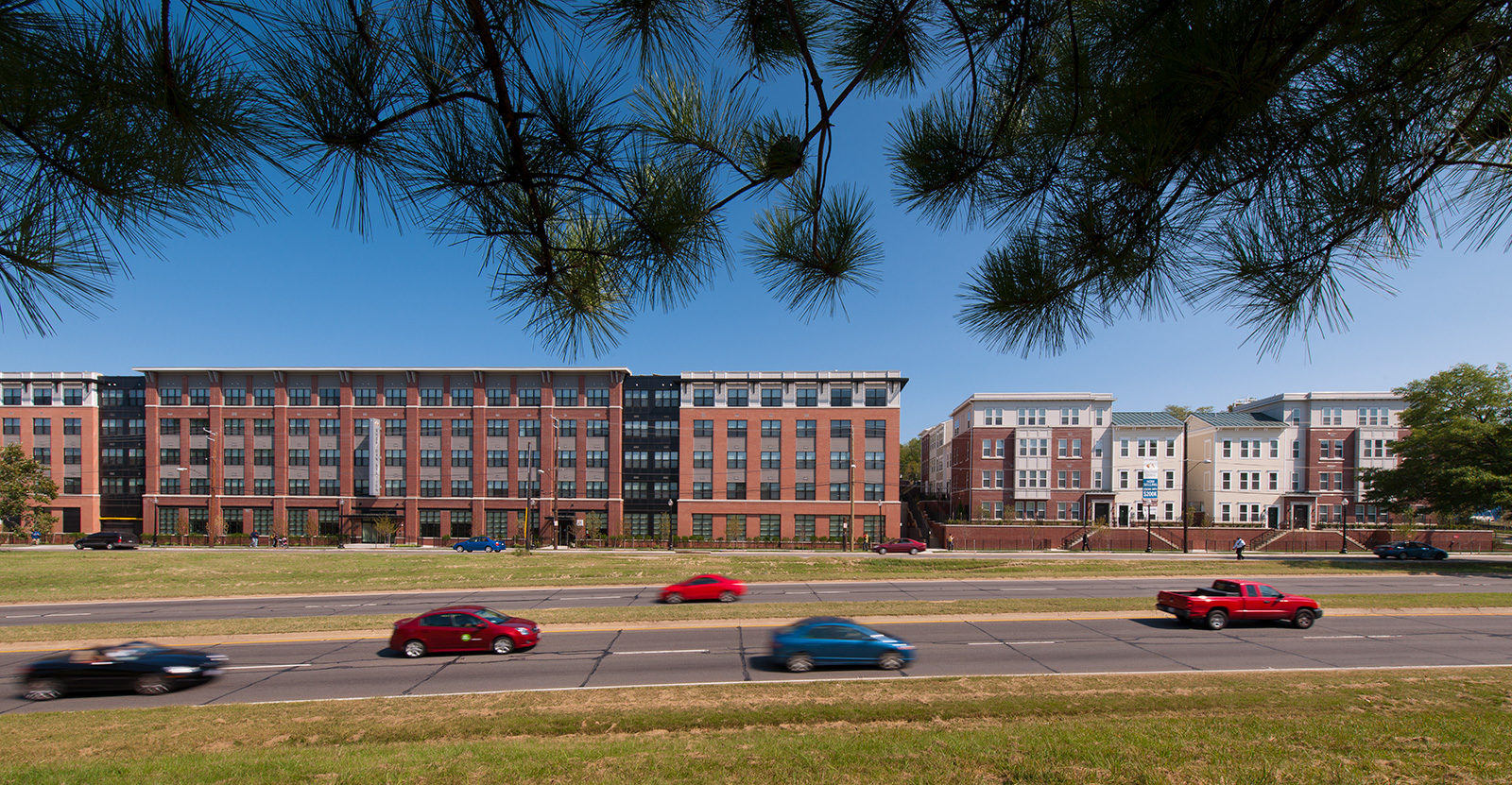 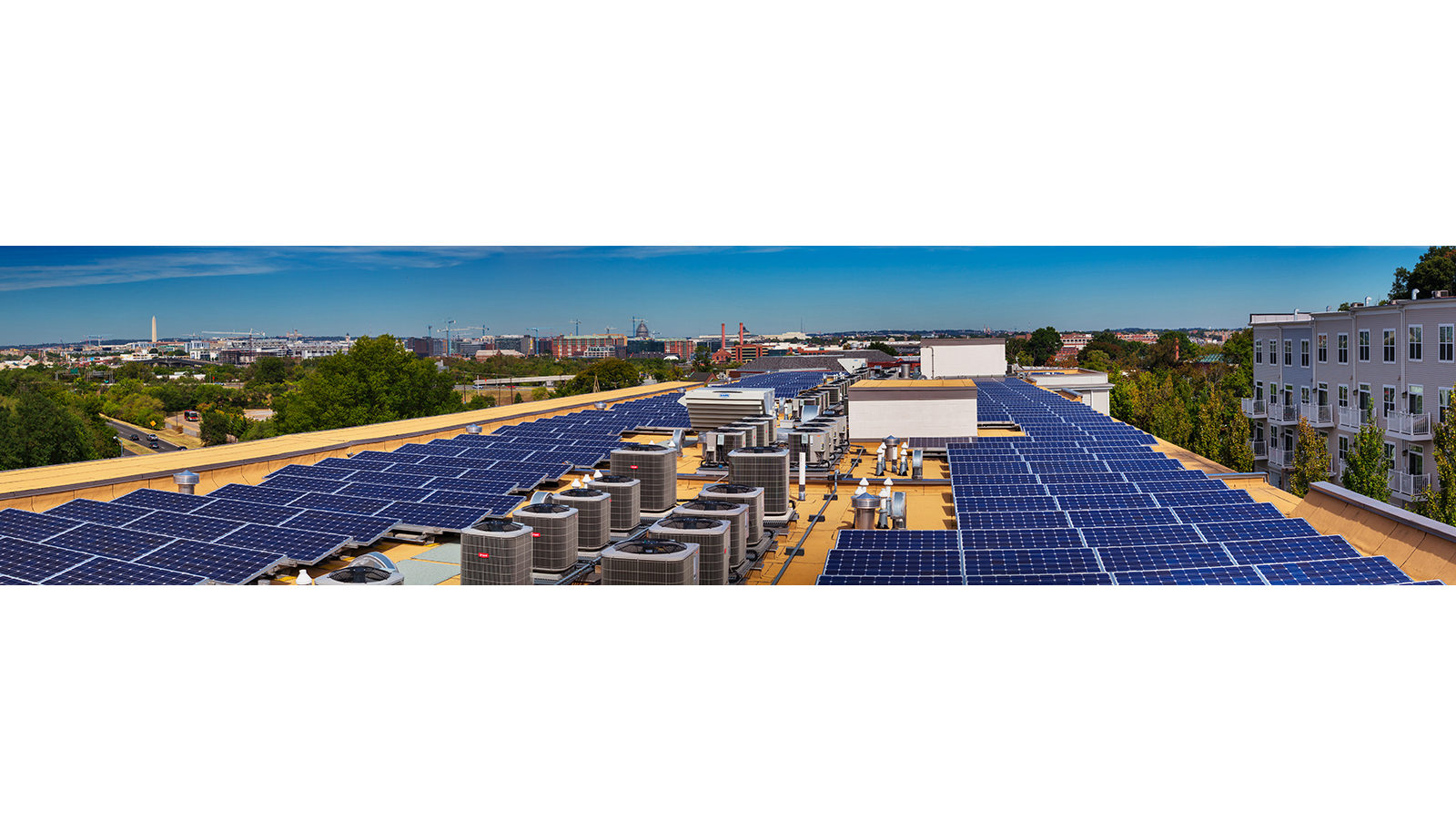 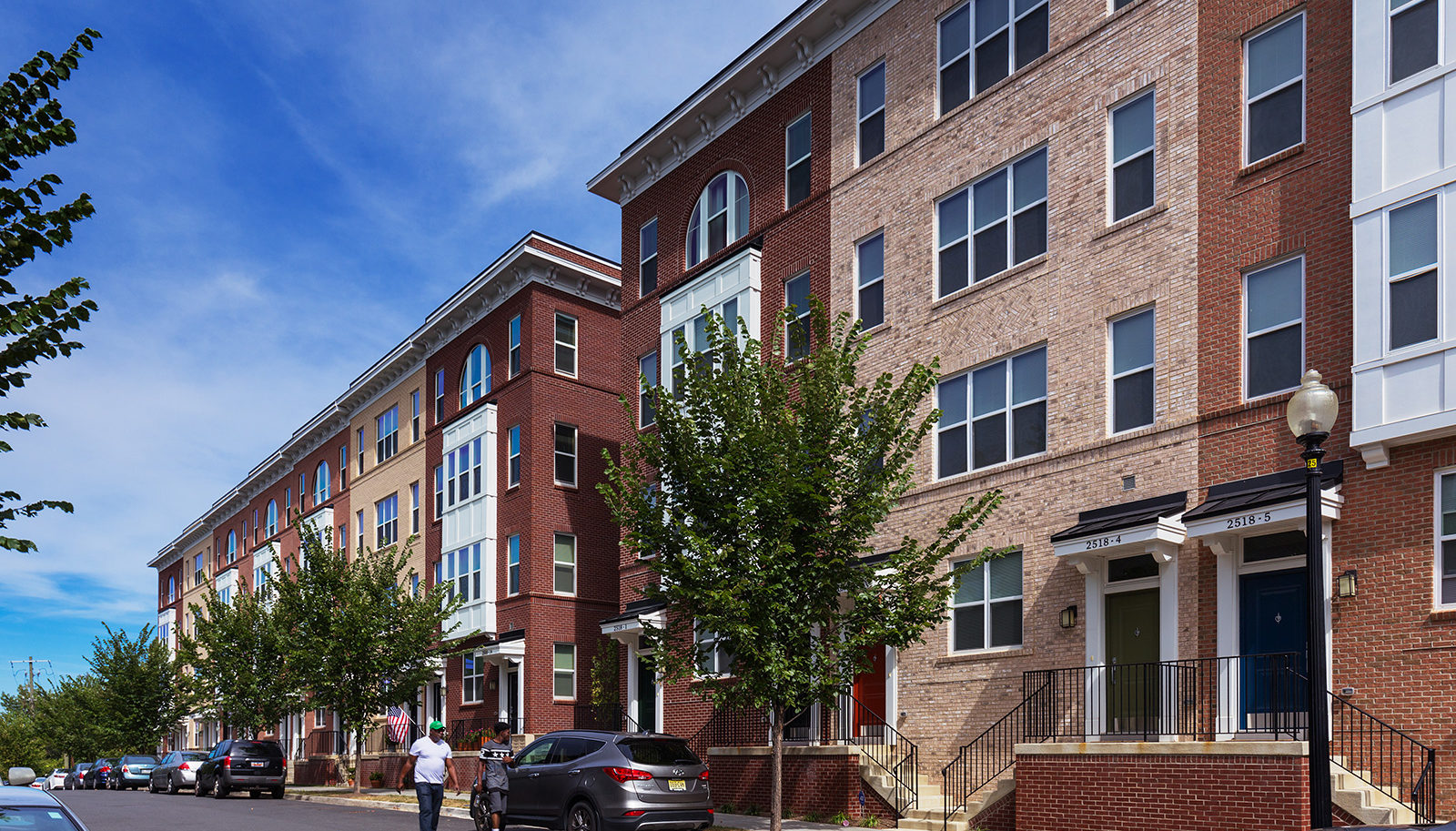 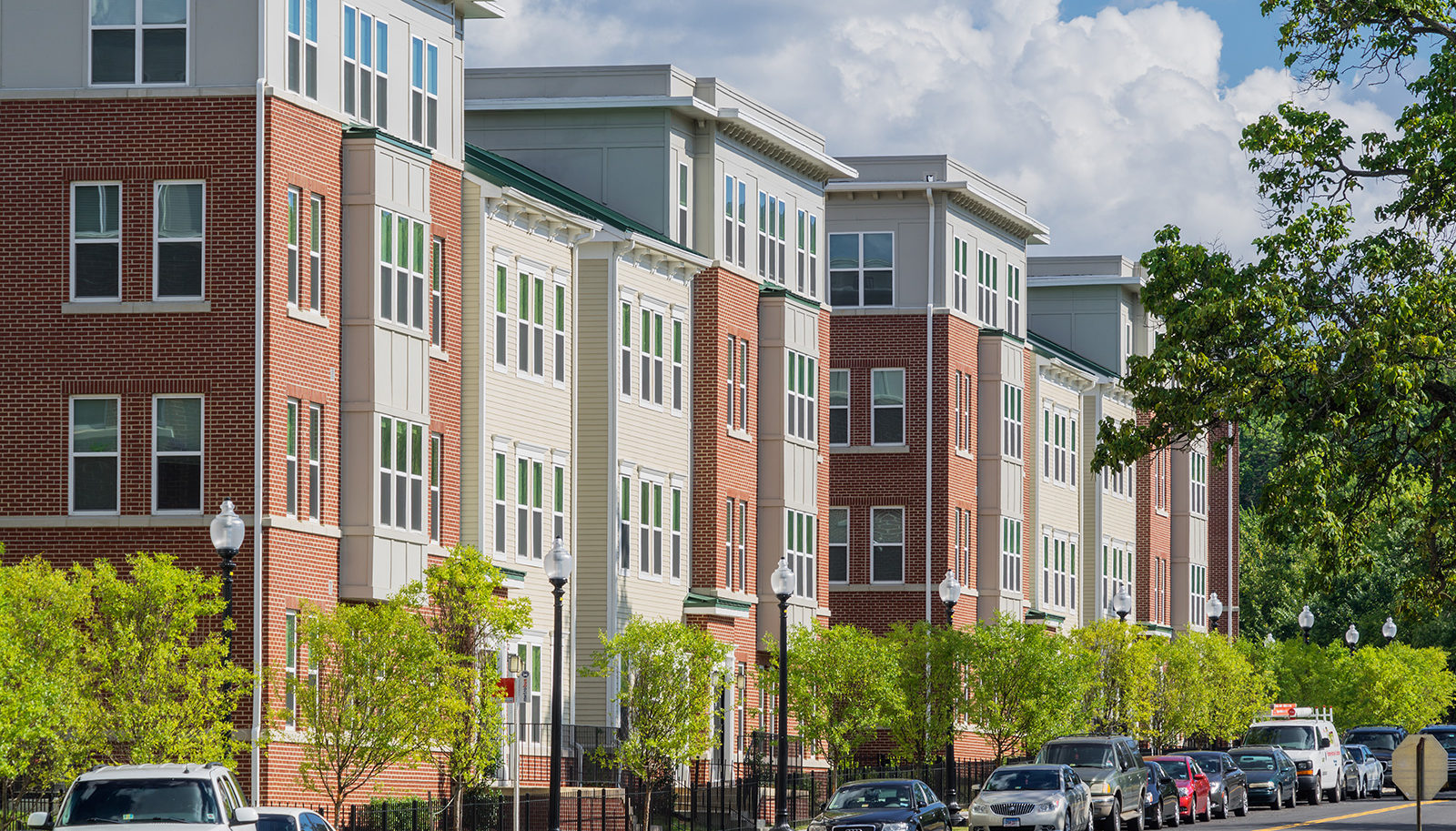 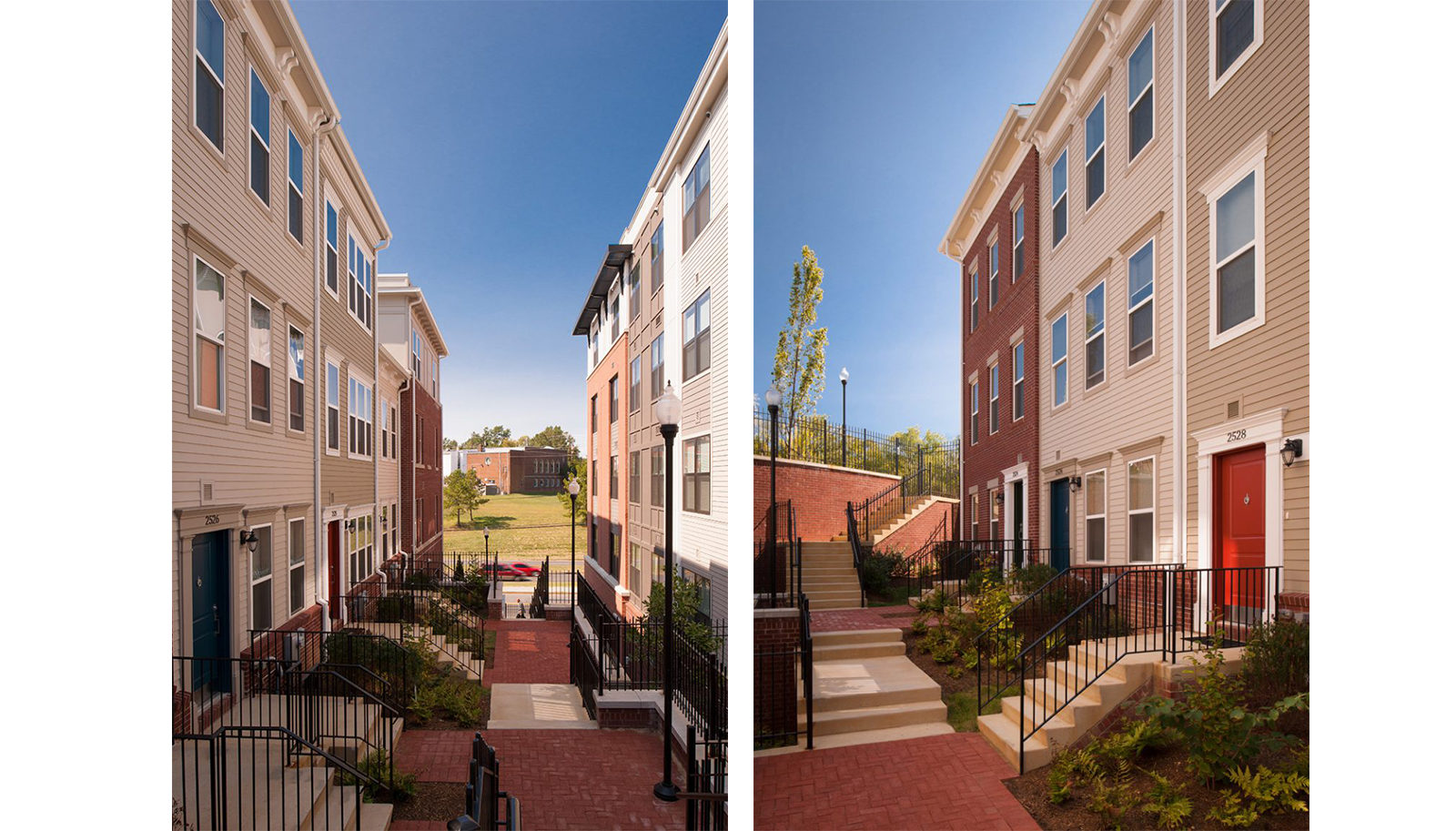 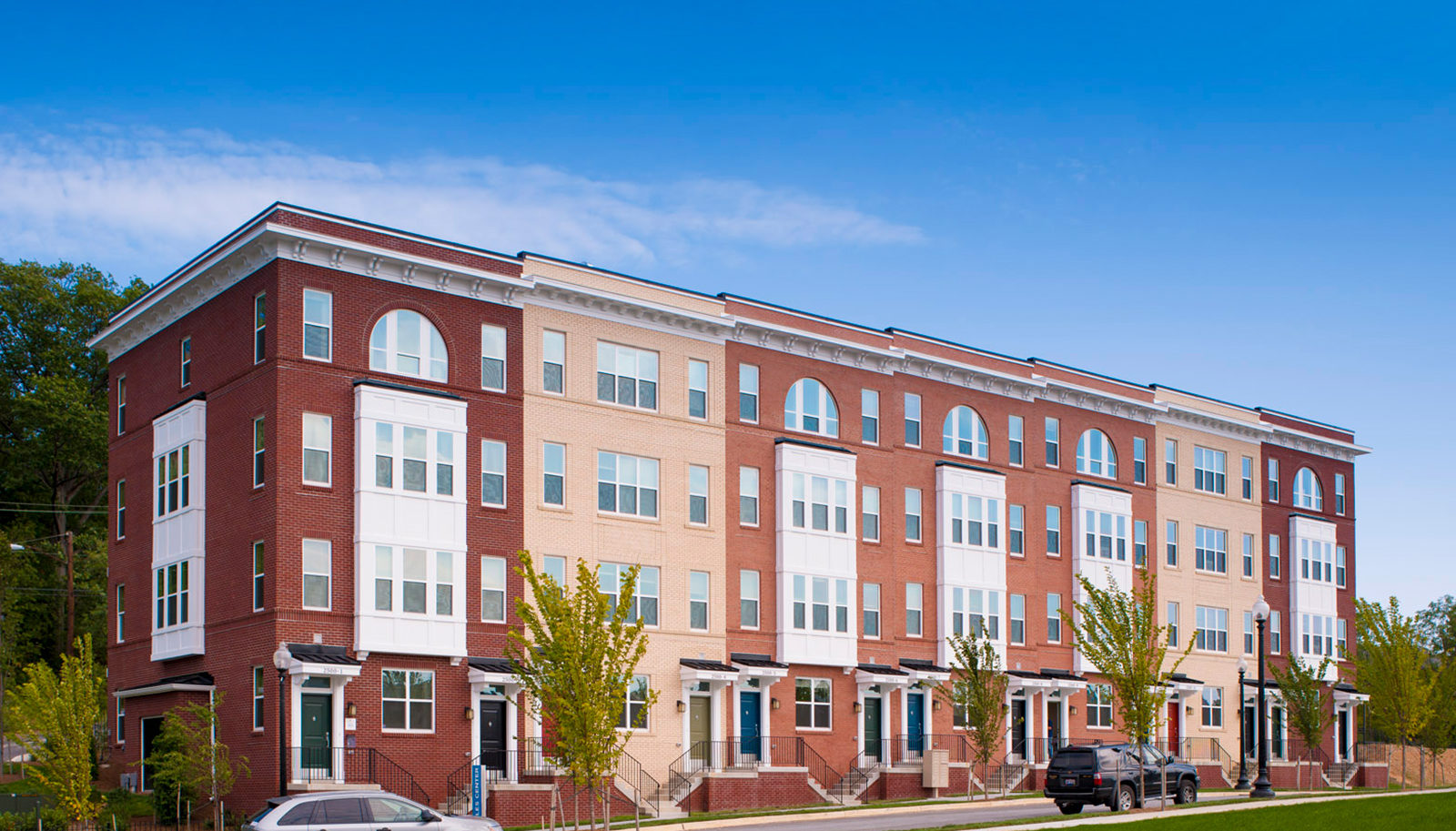 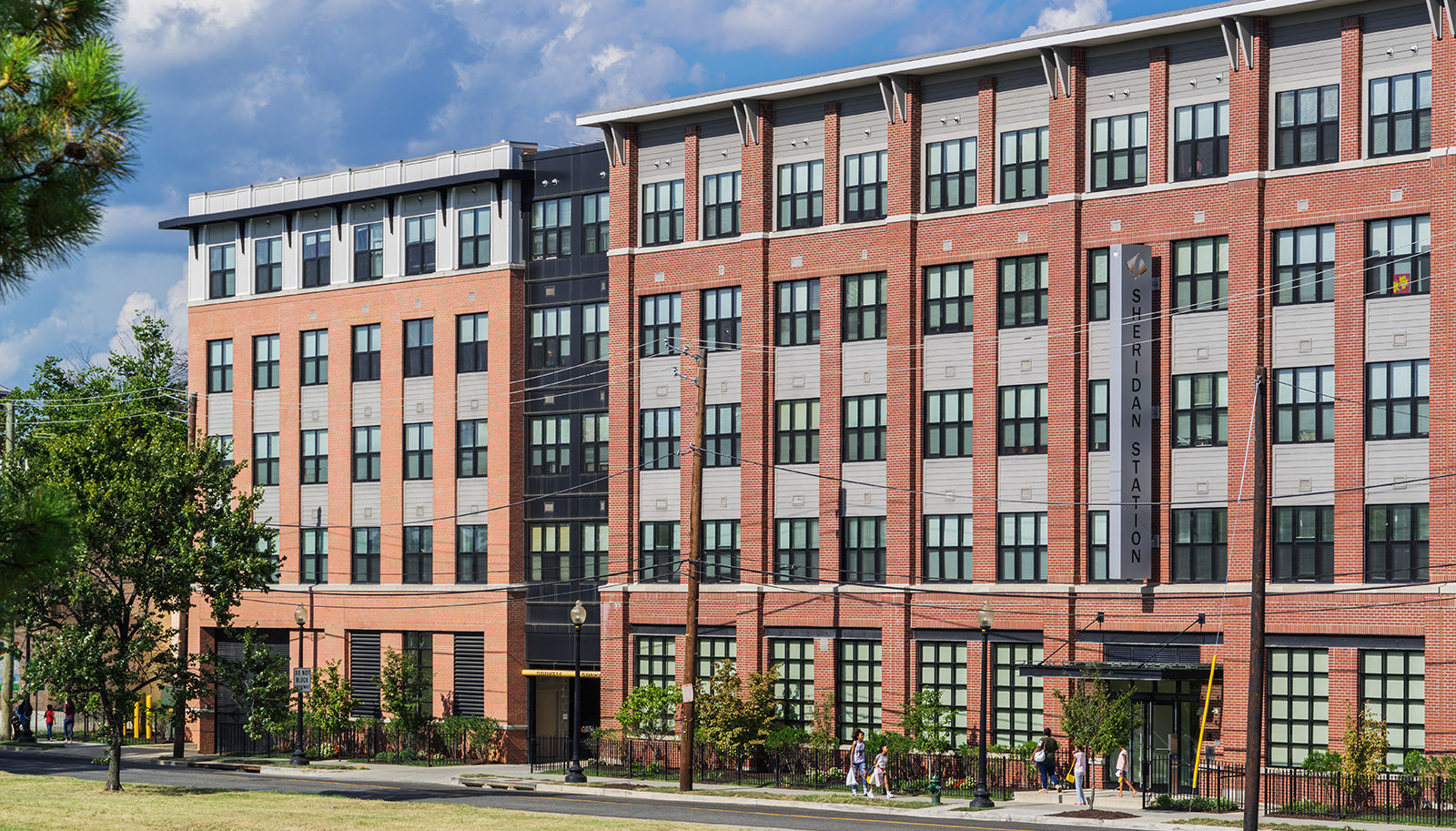 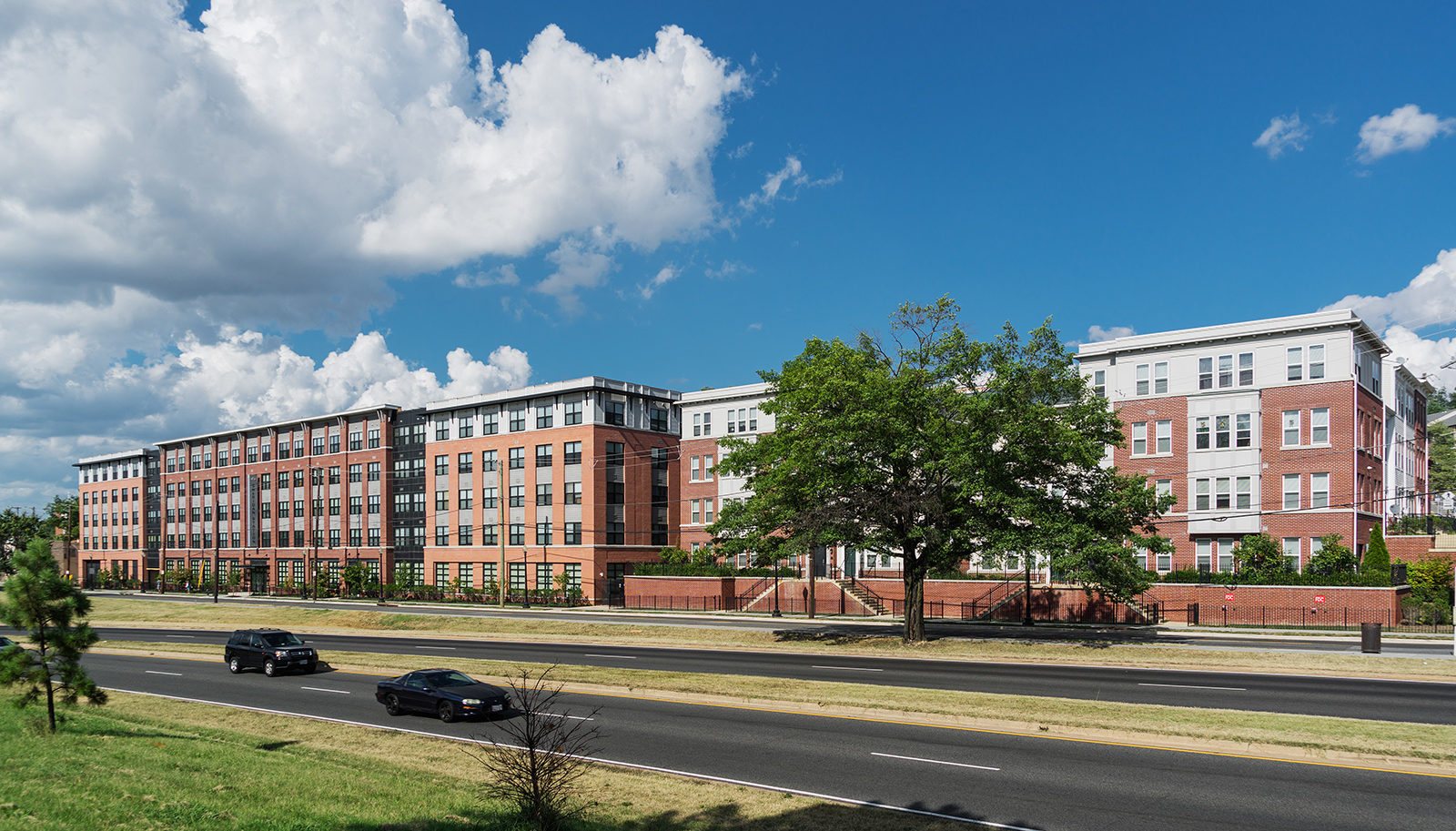 The former Sheridan Terrace was a poorly designed project on a challenging topographic site. Ineffective stormwater management systems resulted in flooding and significant erosion of the site. The public housing units were vacated and ultimately demolished in 1998. The site’s location along the Suitland Parkway leading to the Douglass Bridge is a central visual aspect of the gateway to the nation’s capital for anyone approaching from the south, including dignitaries arriving at Andrew’s Air Force Base. For a decade, the site contained vacant, boarded-up buildings, overgrown vegetation, and trash-strewn hillsides. Several attempts at redeveloping the site failed to materialize. With a comprehensive redevelopment plan in place, the DC Department of Housing and the WC Smith-led development team was able to secure the U.S. Department of Housing and Urban Development (HUD) grant for the project.

Once completed, Sheridan Station provided more than the much-needed affordable housing. A model of green design, it is the first multifamily development in DC to be awarded the LEED Platinum, contains the largest privately-owned, 100 kilowatts, solar photovoltaic array in the city, and features an advanced storm-water collection system. It consists of 247 rental units, 80 homeownership condominiums and townhomes, an on-site medical clinic, a fitness center, and a rain garden. 70 % of the units are reserved for residents whose income is less than 60% of the average median income. 20% of the units are reserved for residents whose income is between 60 and 80% of the average median income The development partners overcame numerous challenges to complete the project, including topography that required a 70’ tall retaining wall, the economic hardship of the recession, and complicated partnerships and financing structures. However, despite these constraints, what was once a troubled public housing complex is now an attractive, vibrant, and thriving community.

The Alric at Potomac Yard