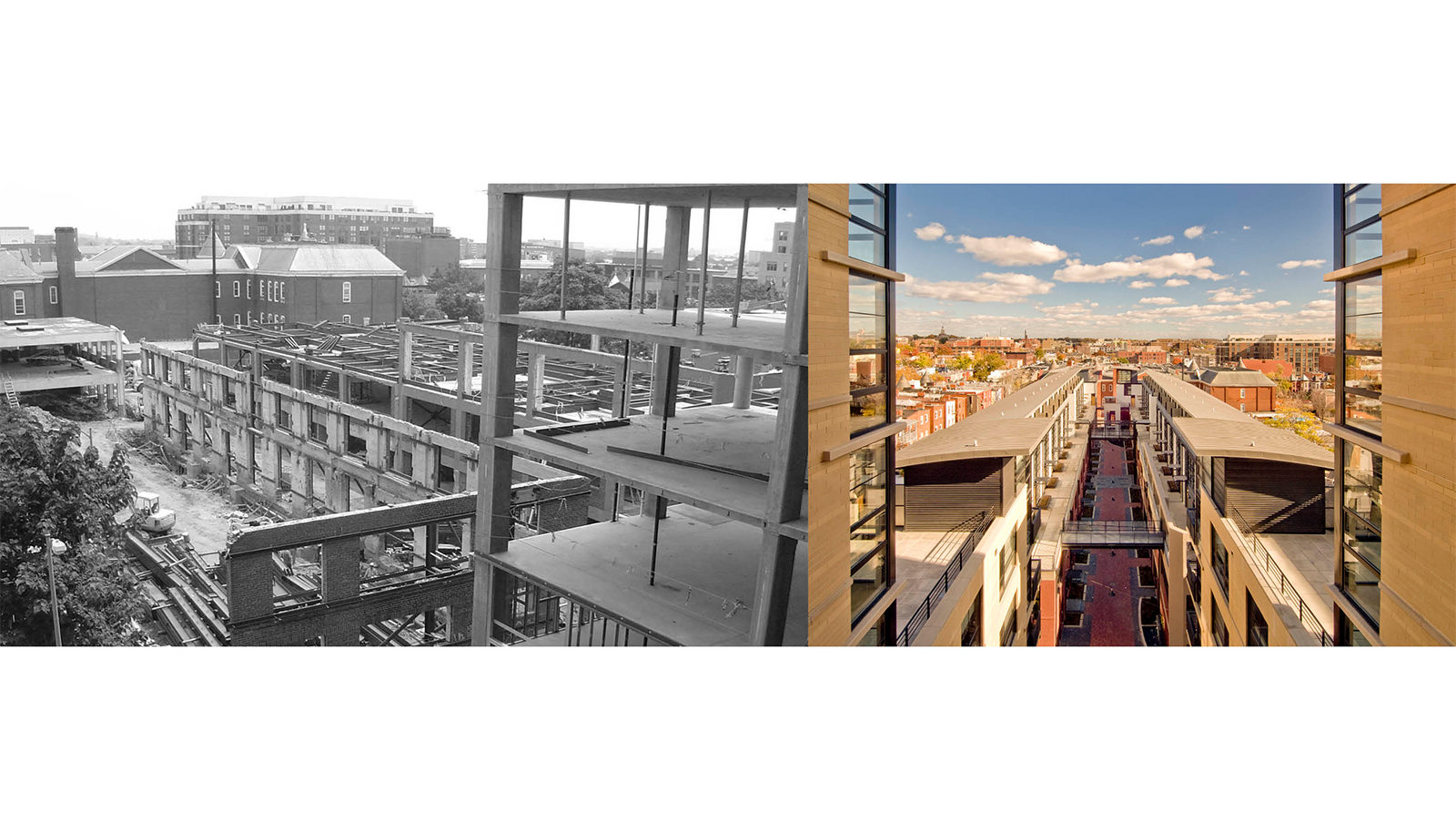 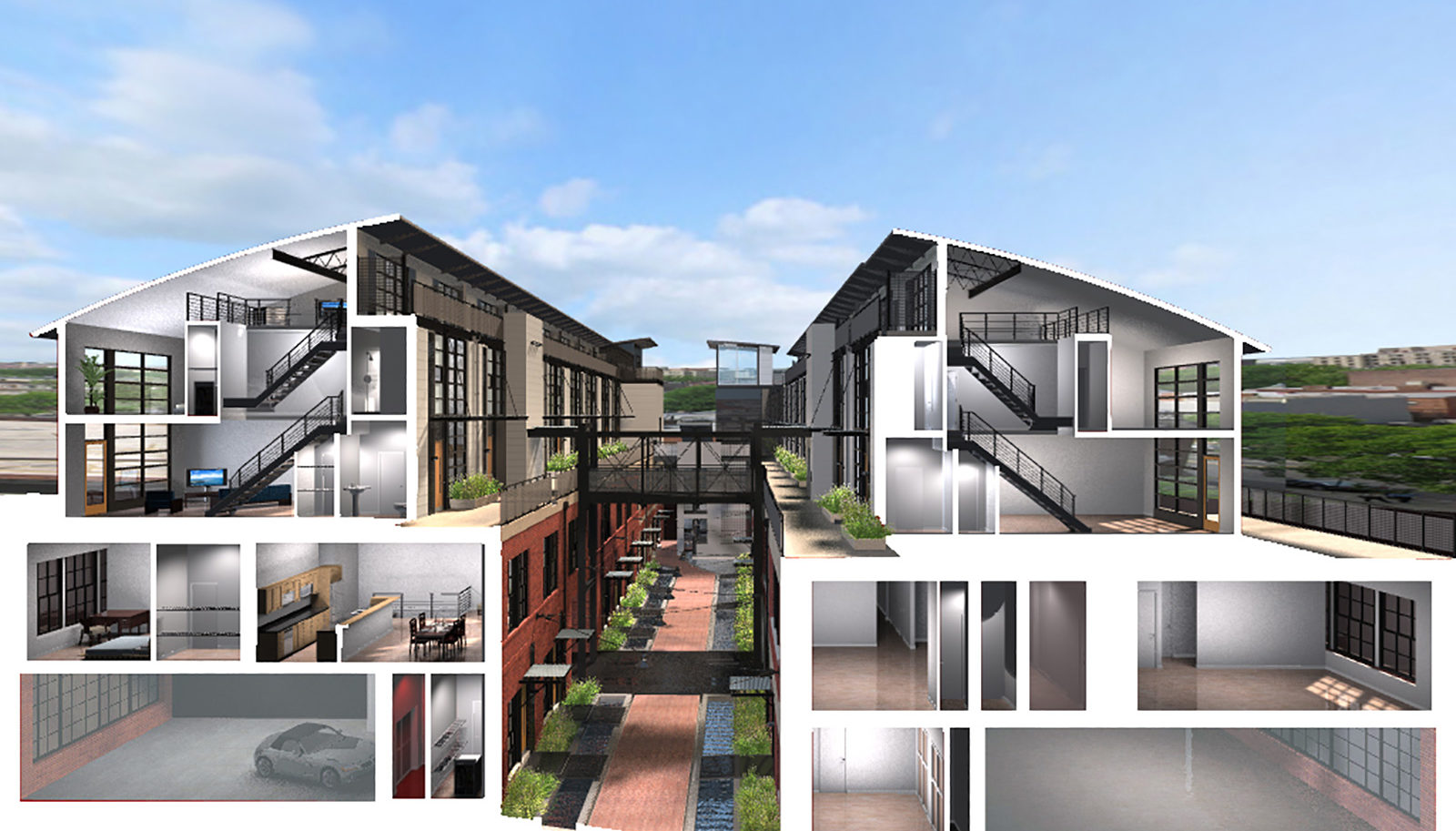 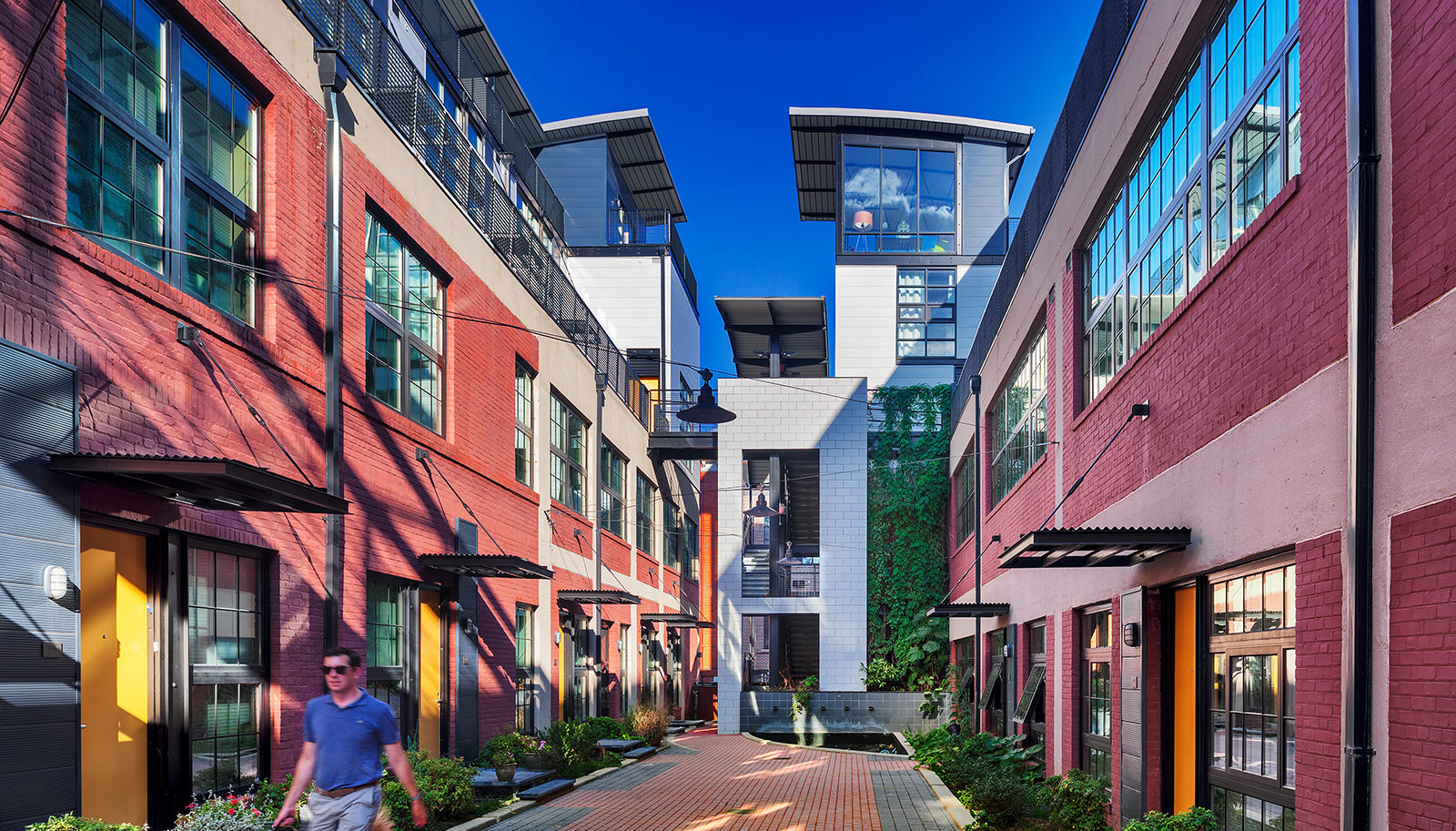 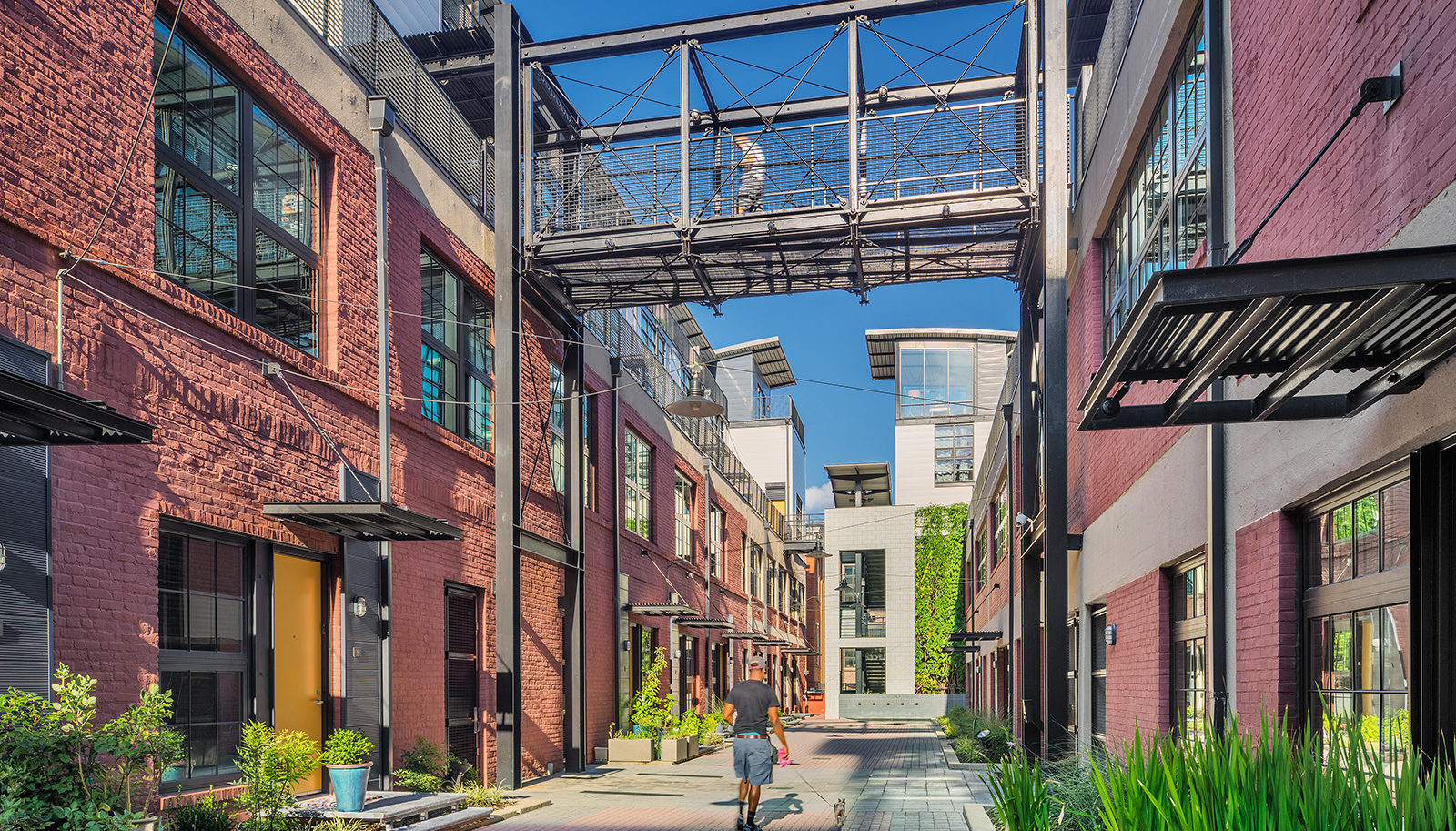 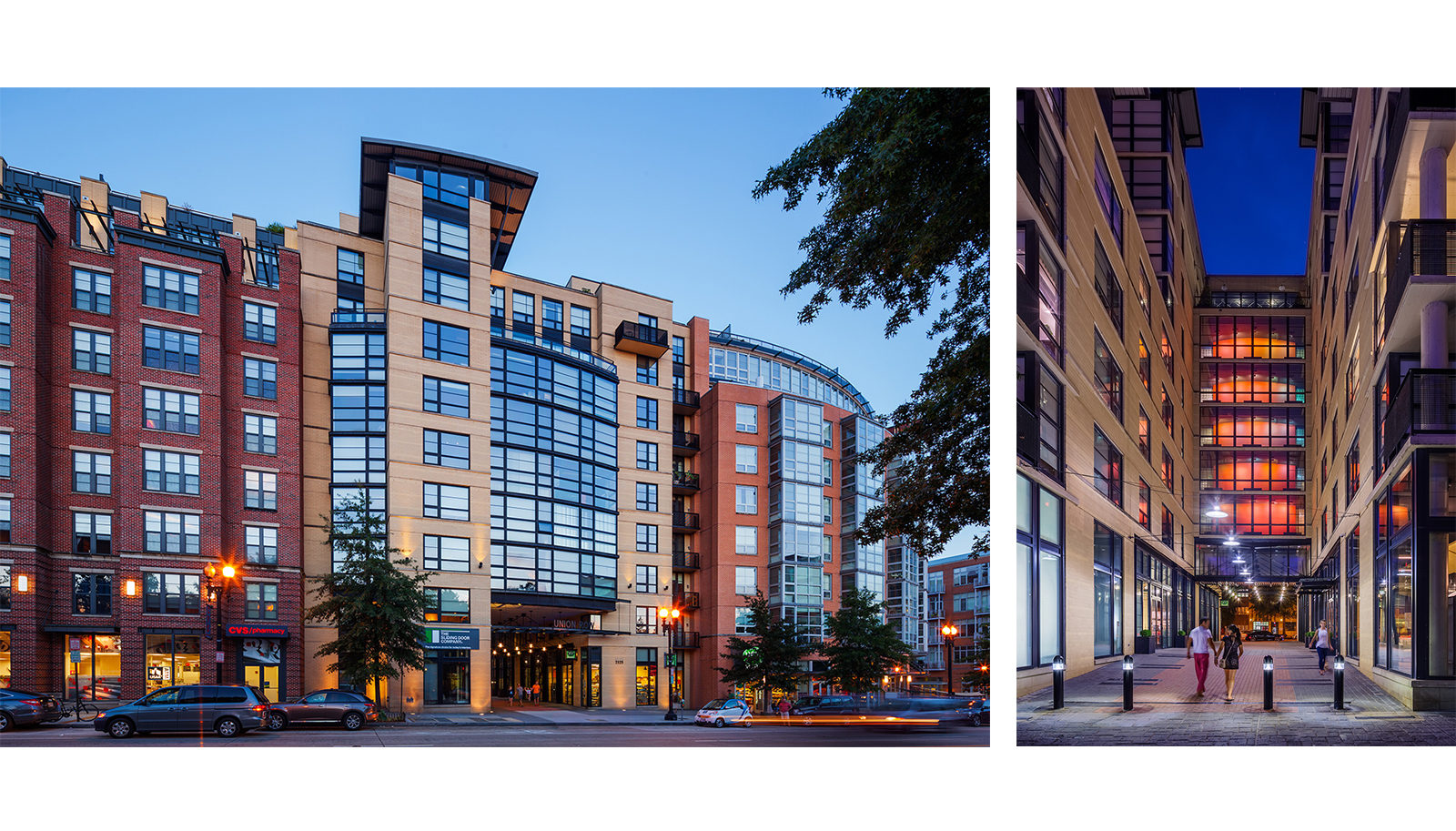 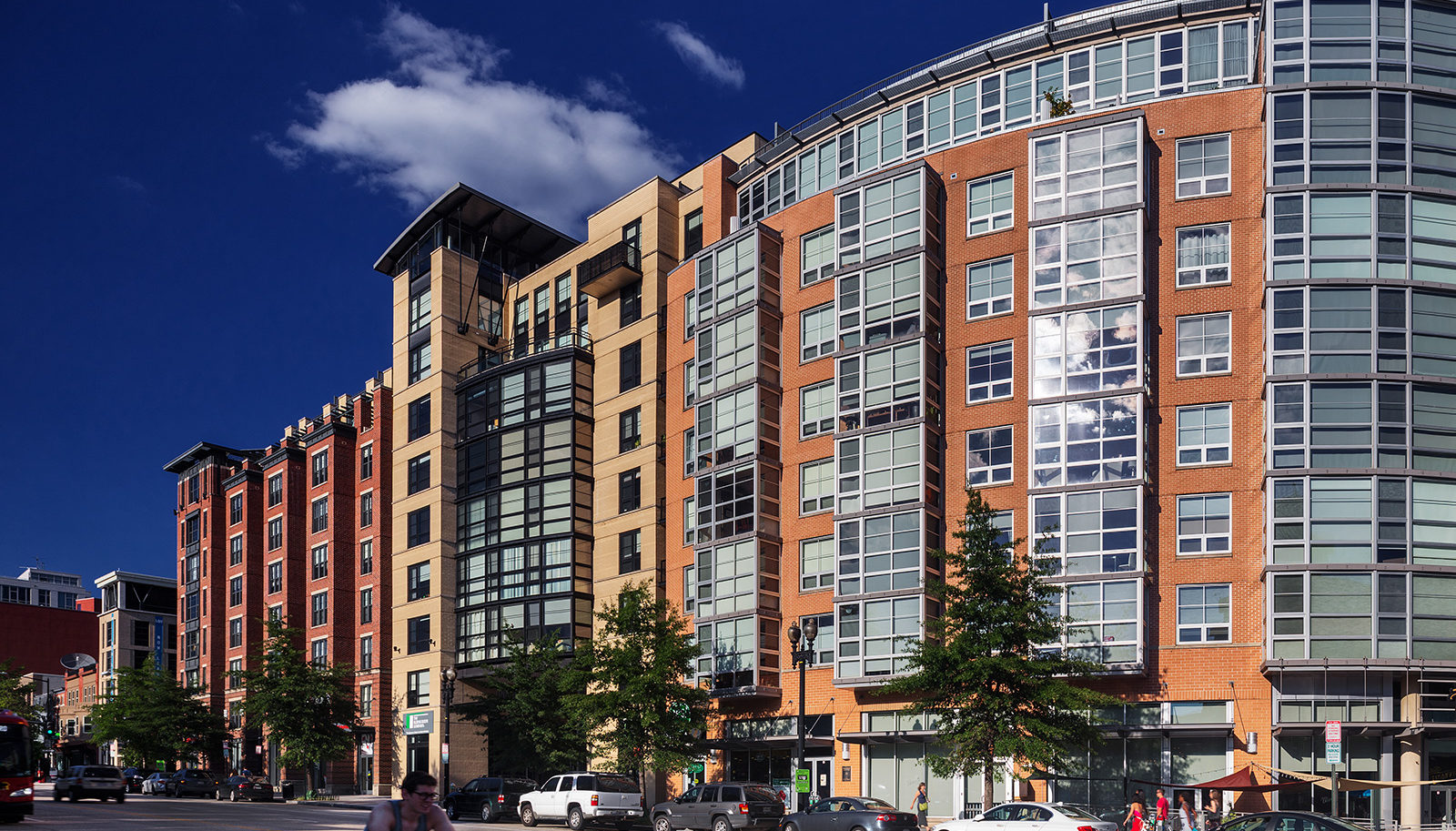 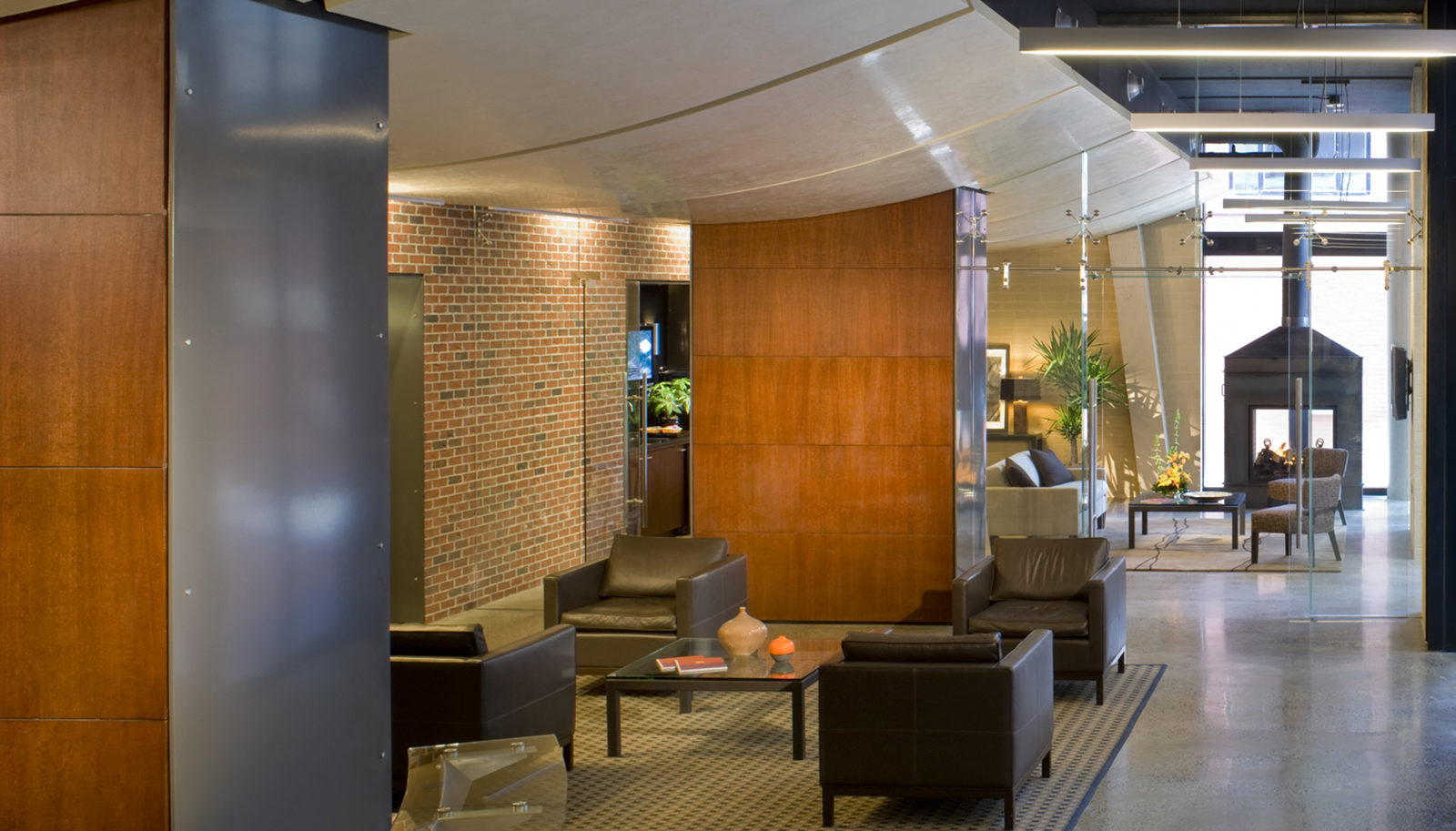 The project creates housing in the middle of one of the most radically revitalized stretches of urban mile in the country; similar housing projects like it followed. The team integrated the protected warehouses into the energy of 14th Street and worked with the Historic Preservation Board. For example, the warehouses are connected to the street through a 26-foot-wide breezeway. Bridges further connect people and views. Shops, cafes, and a grocery also nourish the area.

The building fabric along 14th is evolving, somehow following the Washington D.C. historical pattern. Taller buildings create a strong urban wall along the South-North thoroughfare, and there is a transition to lower building types as you move away from the avenues. We followed this pattern as to reinforce the neighborhood’s character.

As  a block-long project, the composition is divided into 3 distinct facades in order to bring down the scale. Each of the three structures has its own distinct character.   Many of the traditional elements of Washington DC residential architecture are present in the three buildings, in slight variations of proportion and rhythm: bays of different sizes and textures, strong corner elements, awnings and cornices. The tension between unity and diversity is present here as it is all around the city.