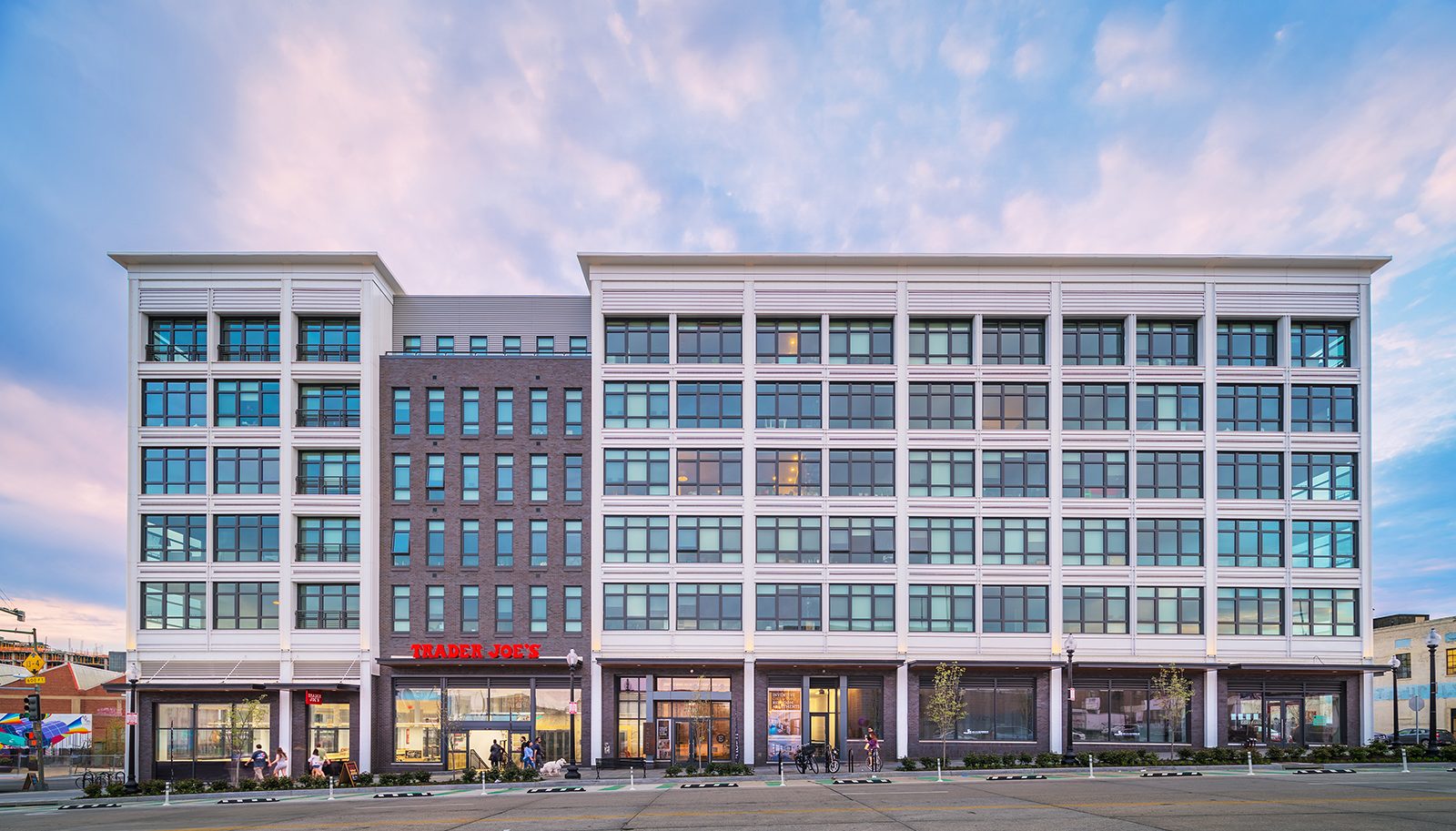 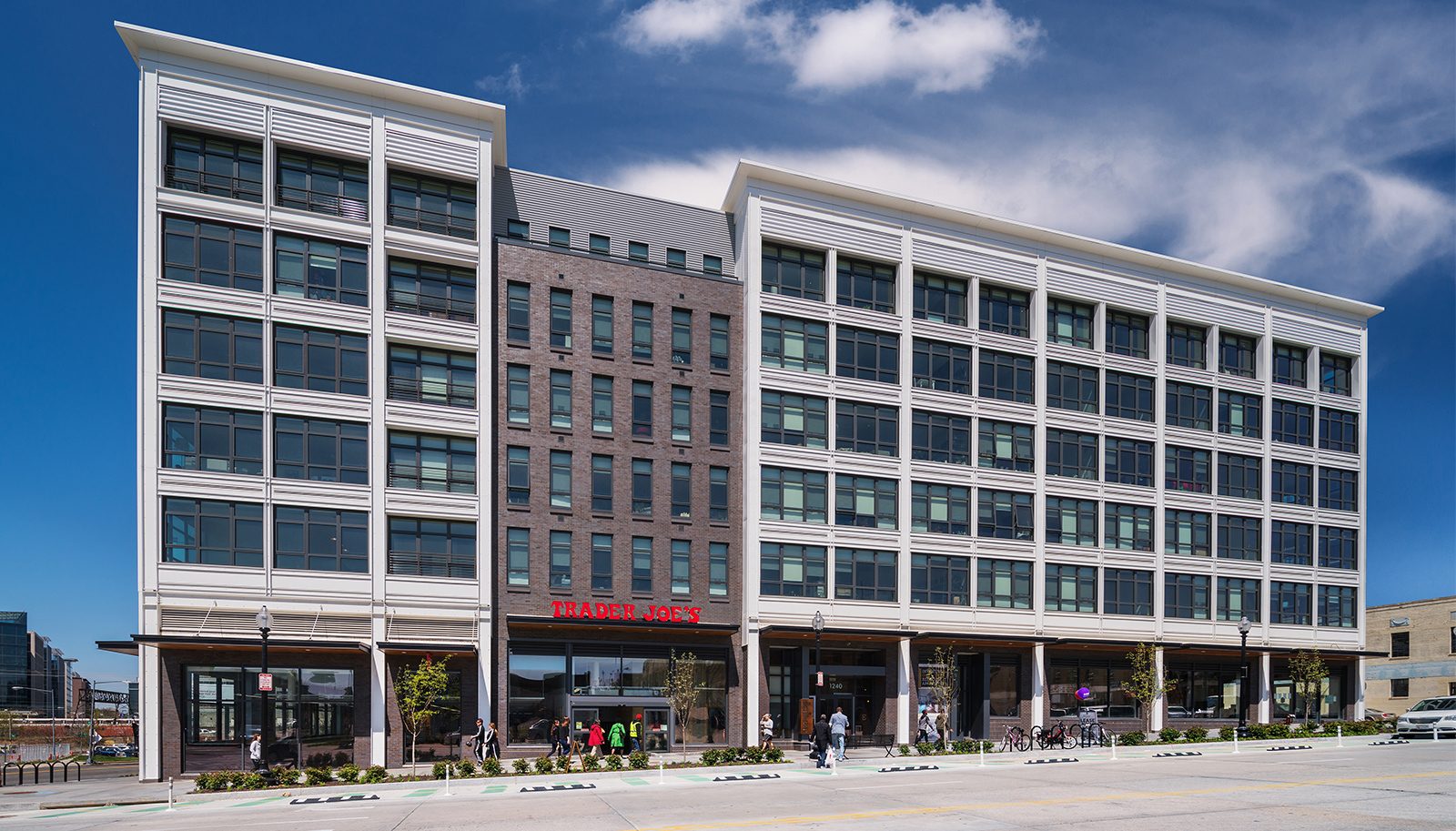 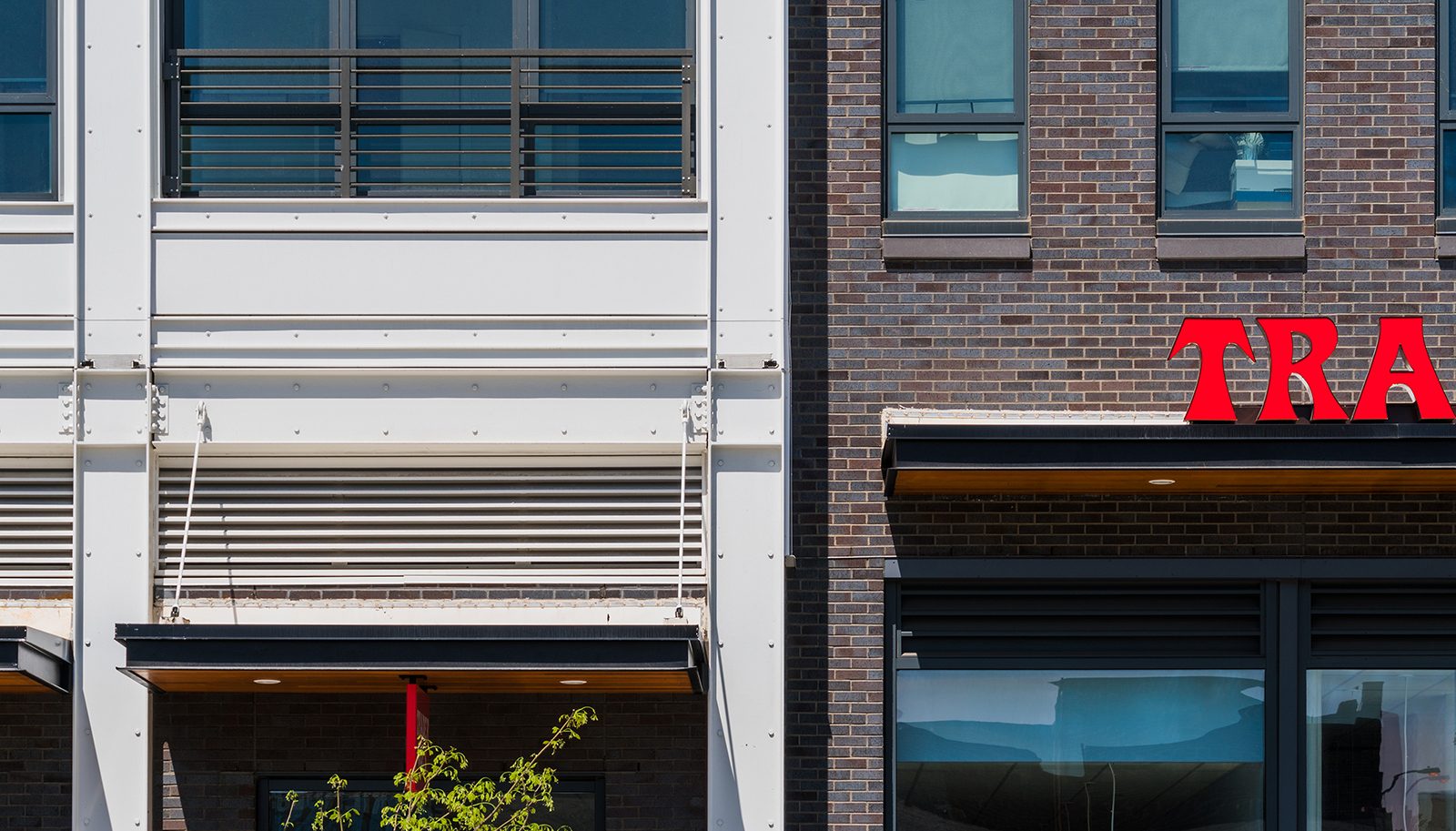 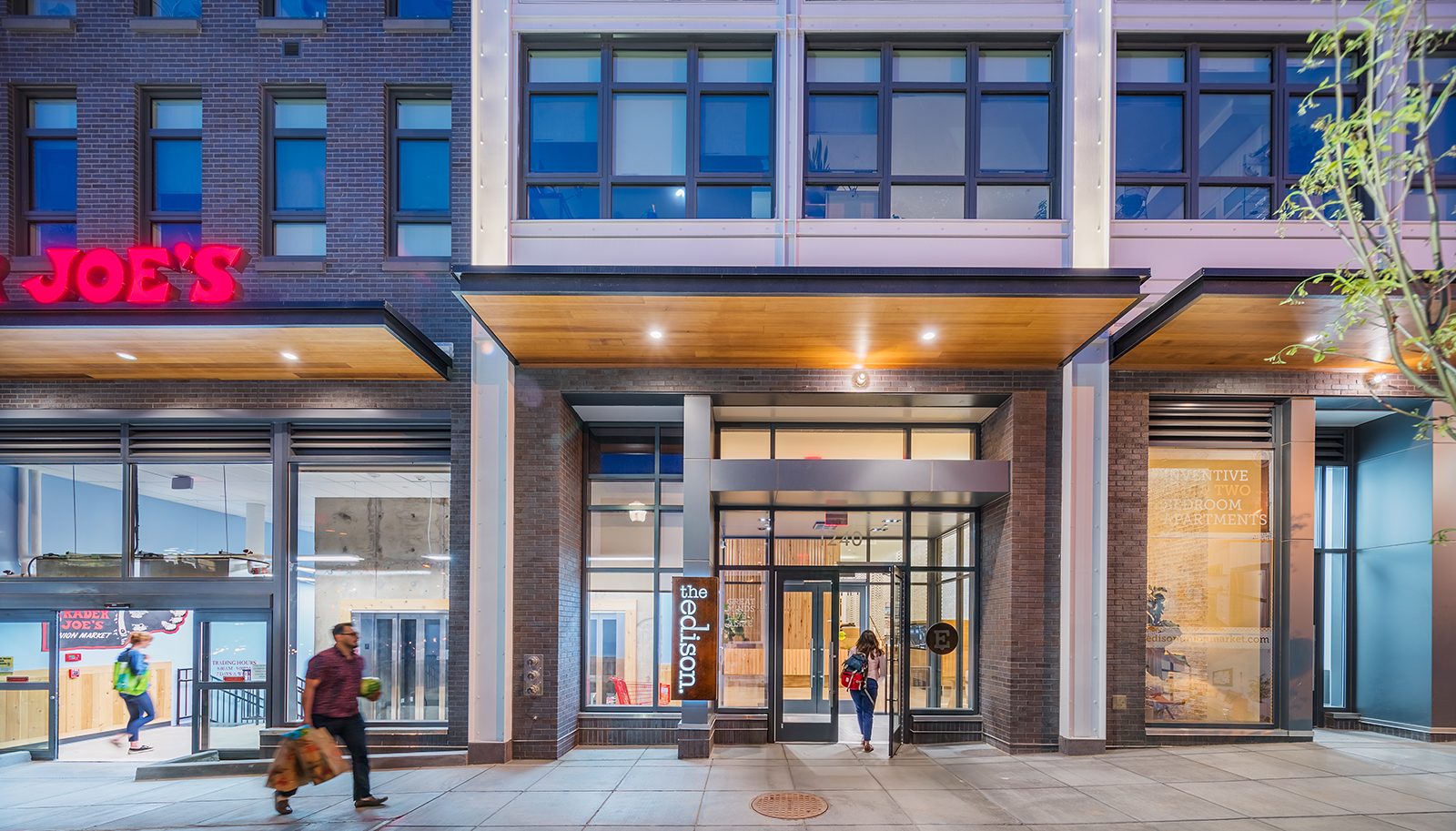 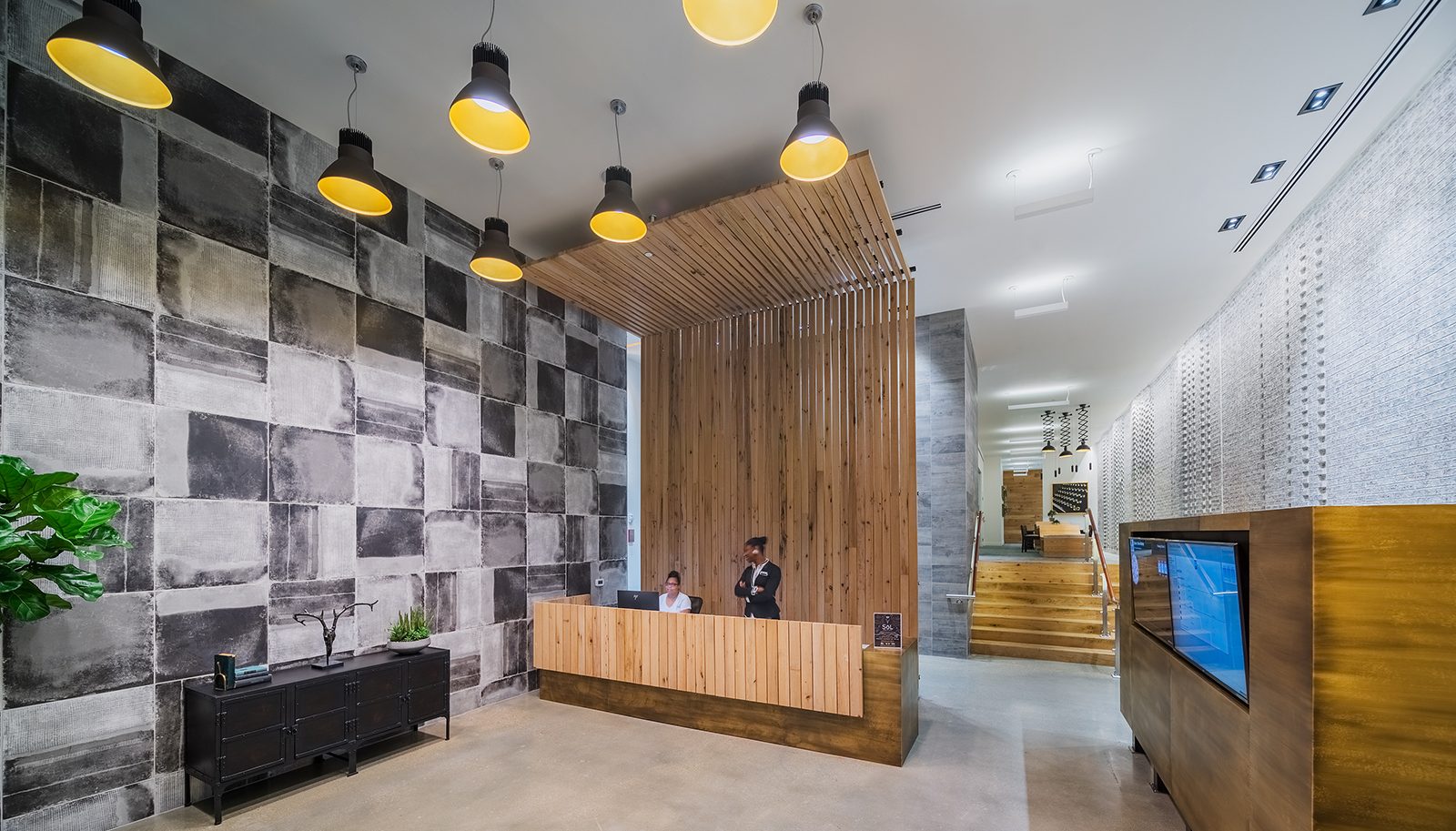 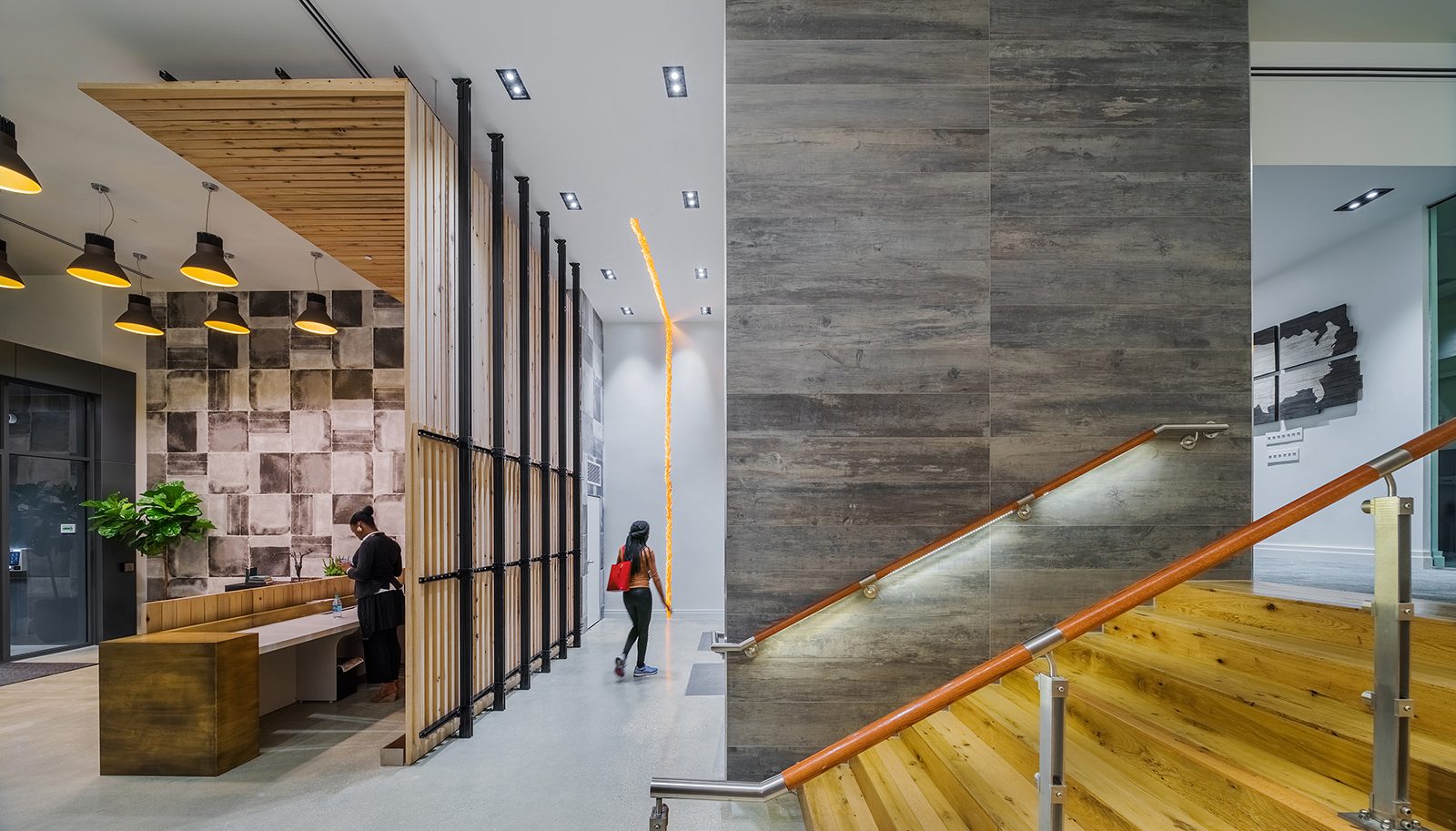 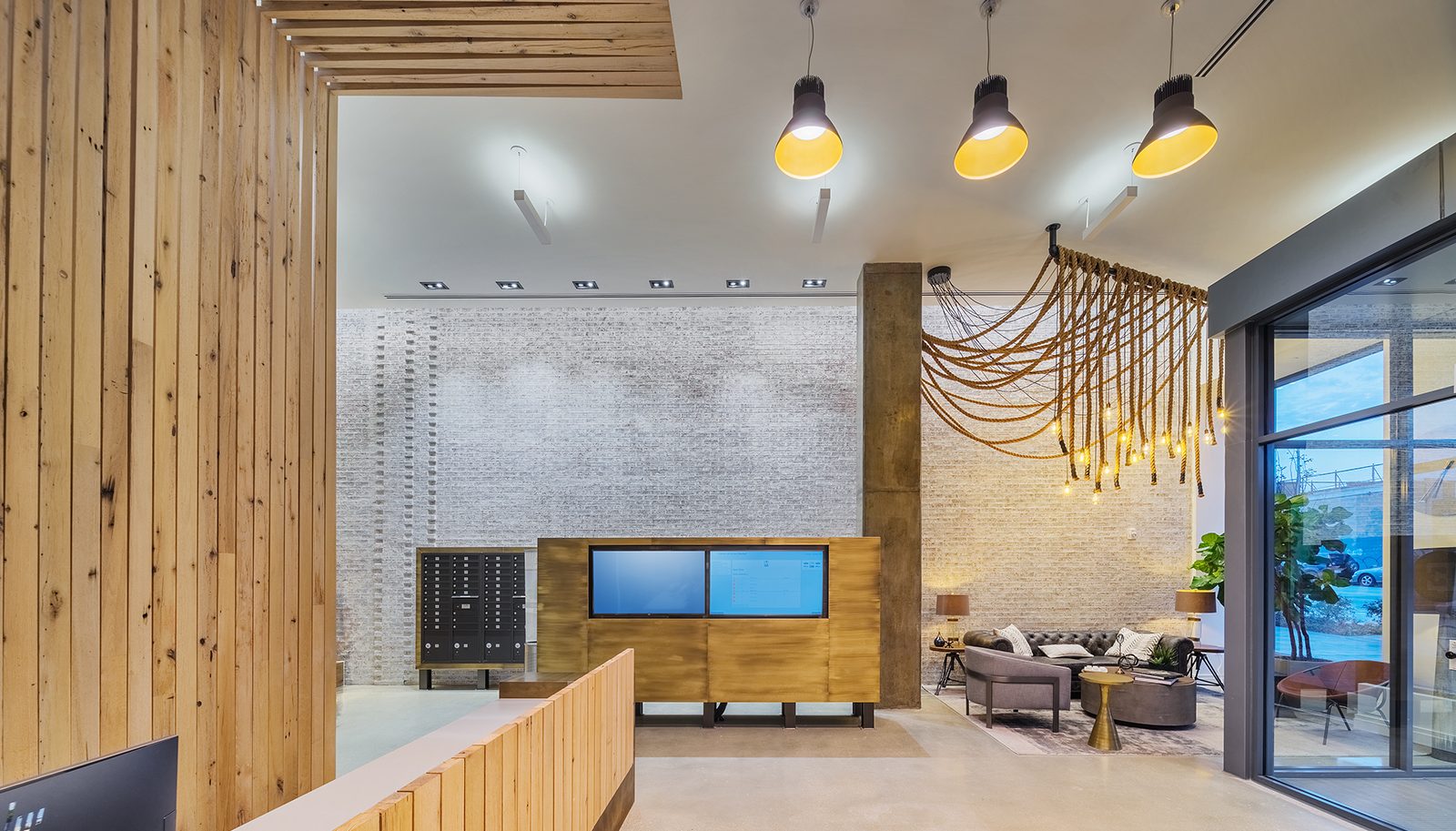 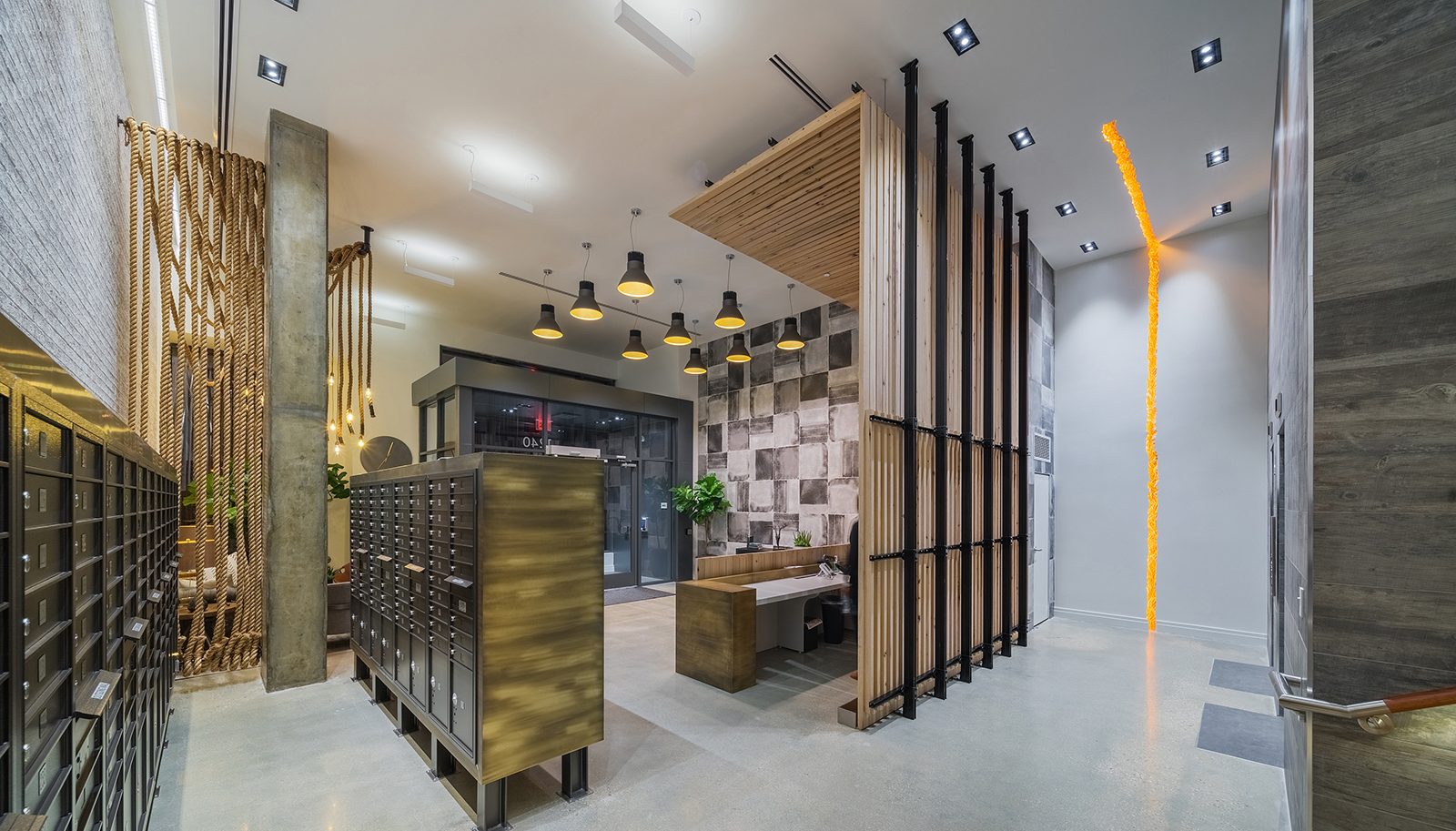 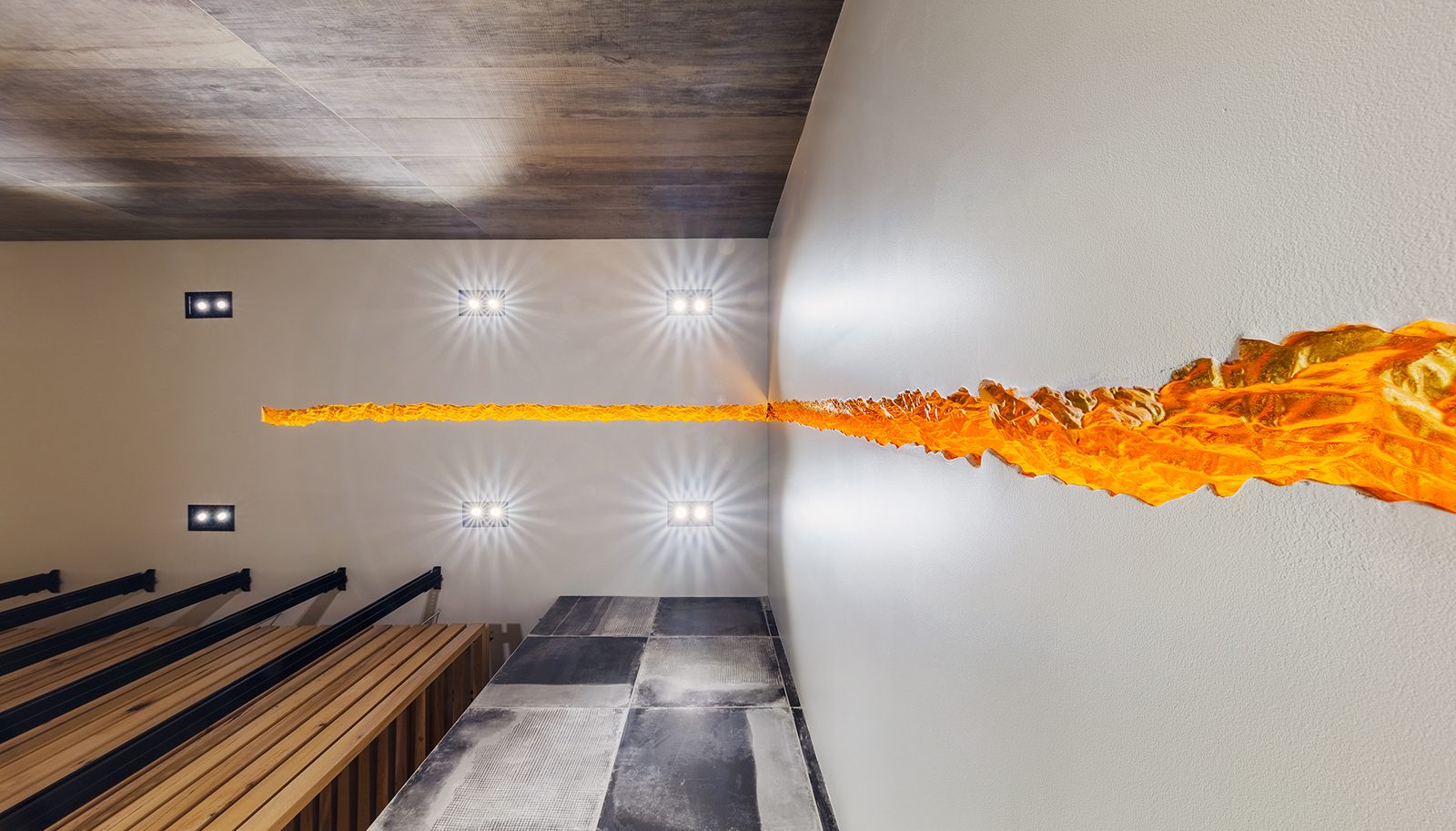 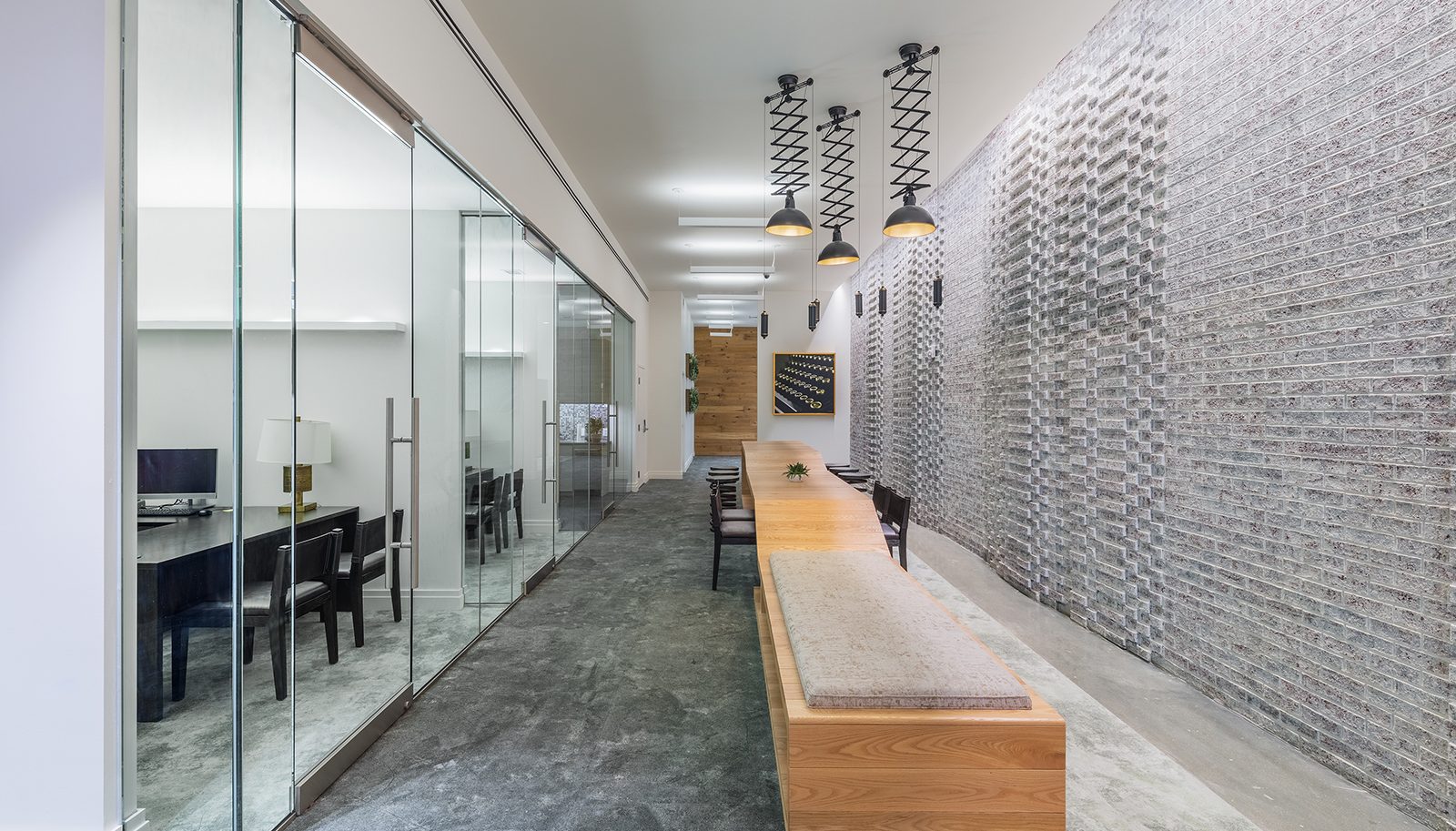 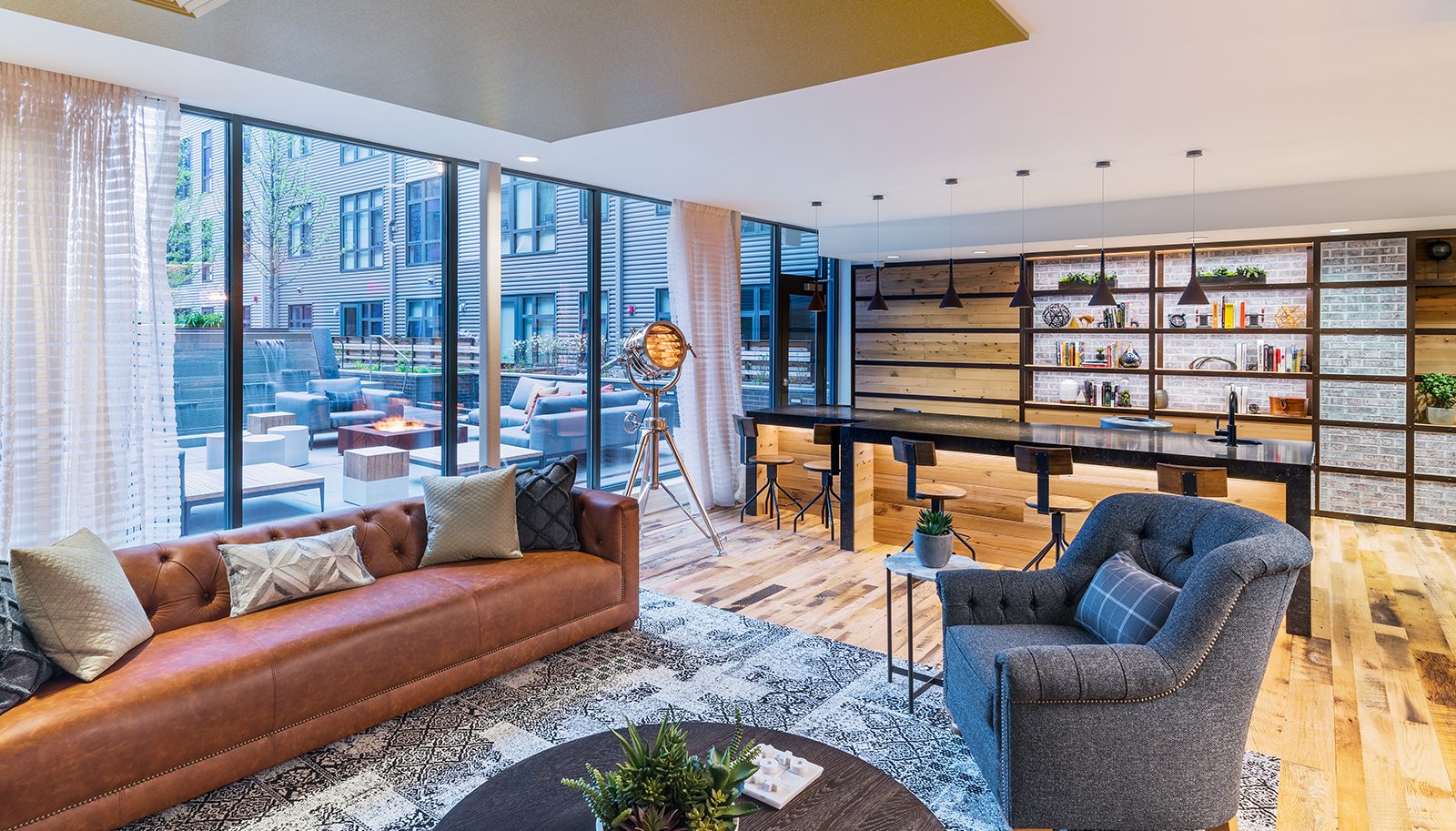 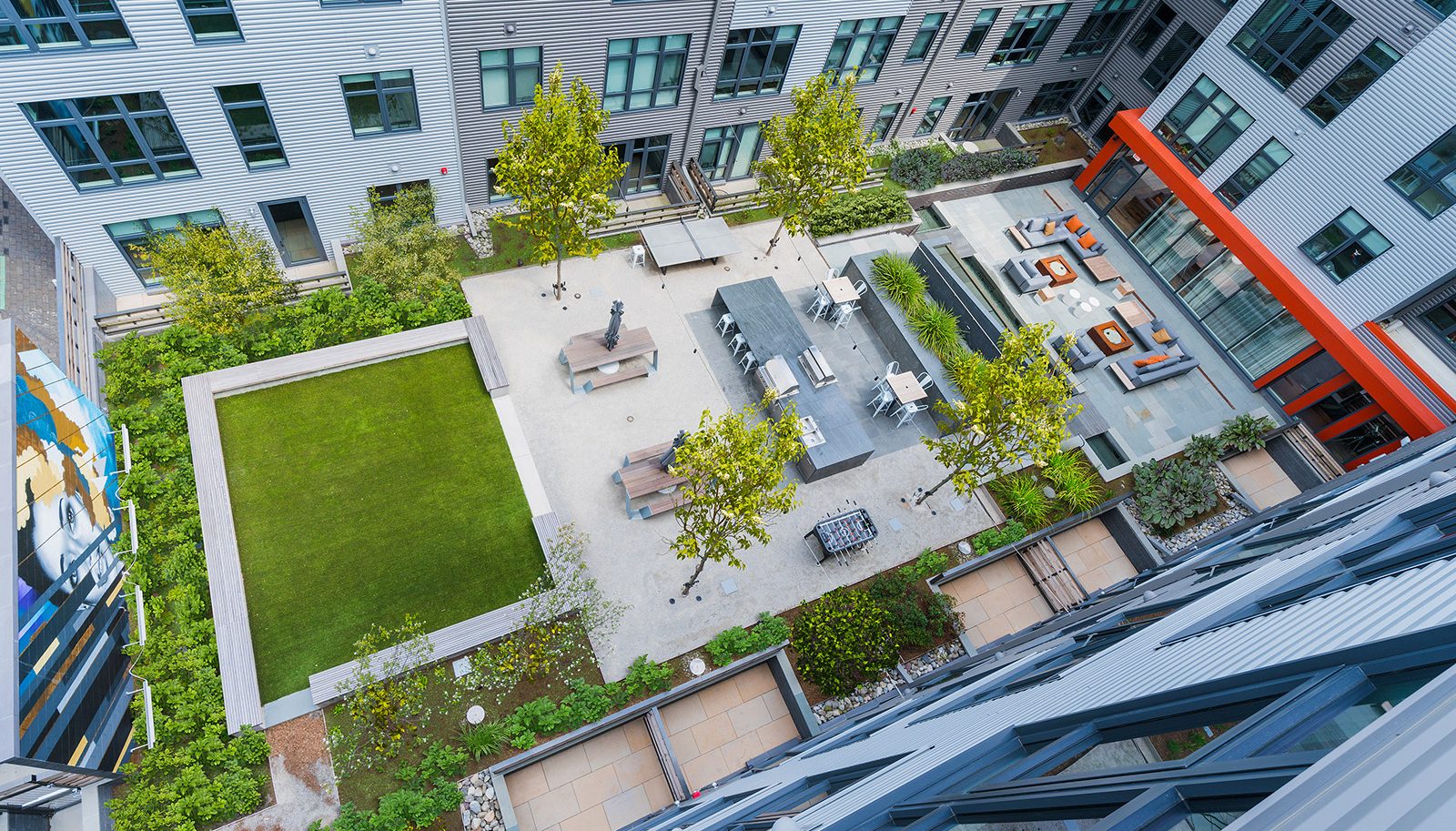 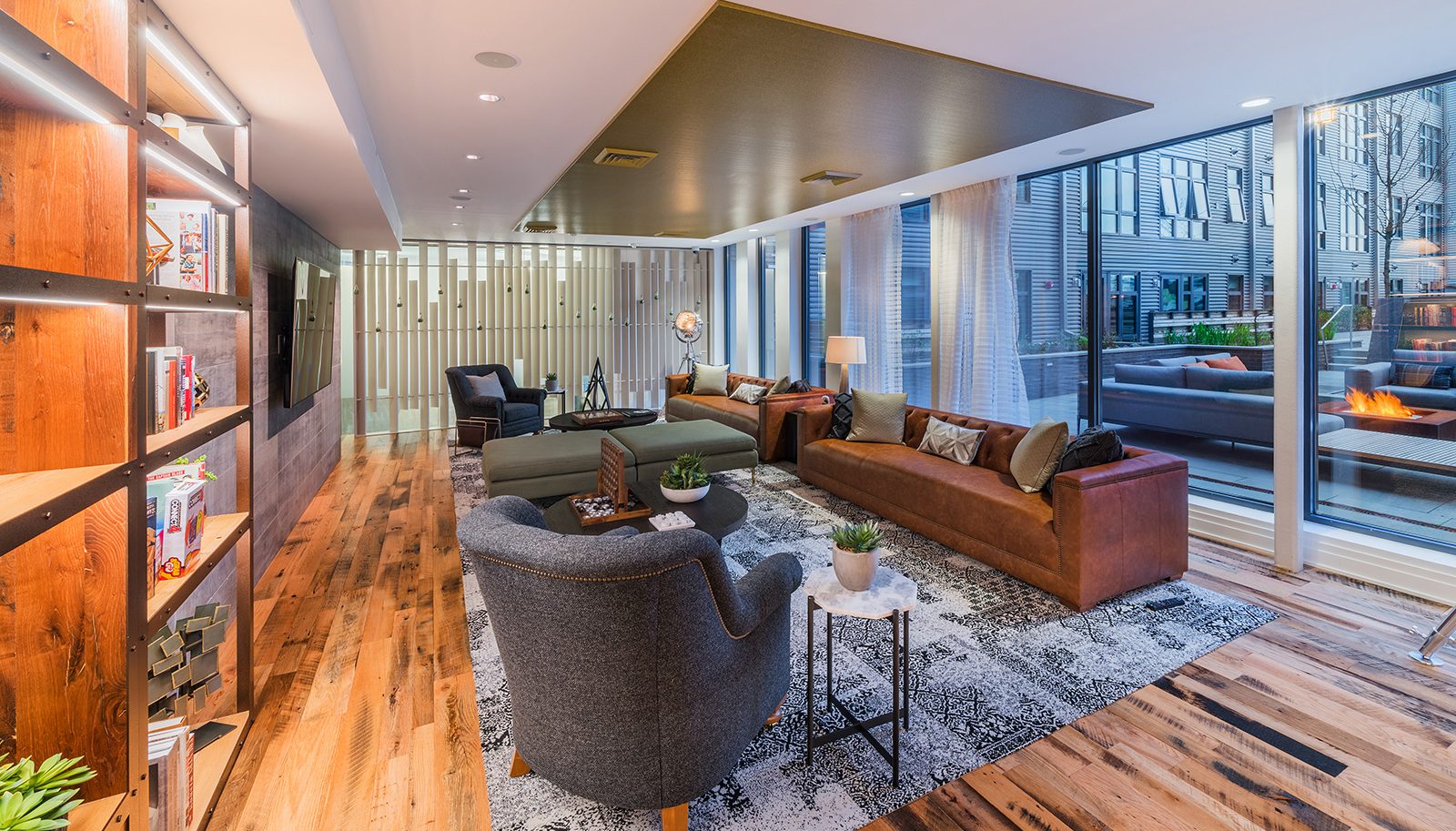 Located in Northeast Washington, DC, The Edison is a truly unique addition to the multifamily buildings that have become so abundant in the Nation’s Capital. The Edison is the first new construction project in the Union Market area—which is seeing rapid development—and works to set the tone for the neighborhood. The Edison acts as a gateway to the Union Market area as it’s one of the first buildings to be encountered as pedestrians, residents, and shoppers exiting from the NoMa-Galludet metro station. The design of the building alludes to the industrial cast iron facades from the turn of the 20th century that can be found in urban, mixed-use warehouse districts such as in New York and Chicago.

The lobby was constrained by a lack of space and a long deep corridor. The lobby was narrow to give more frontage to retail, while the leasing center was reduced to provide room for the Advisory Neighborhood Commission meeting room. The slotted wood design of the reception desk subdivides the spaces without completely segregating them. The lobby acts as a gathering space with group seating and centrally located mailboxes equipped with smart screens that features up-the-minute transportation schedules and weather information. The elevator lobby—located behind the reception desk—features a structural light display evoking a crack that is creeping up the wall. The design keeps the massing concept of a solid background with three protruding forms—one for each street with frontage and handles the detailing through a tectonic language. With extensive ground foor retail, including a Trader Joe’s market, the project extends the urban streetscape of the NoMa neighborhood to the other side of the Metro track underpass.