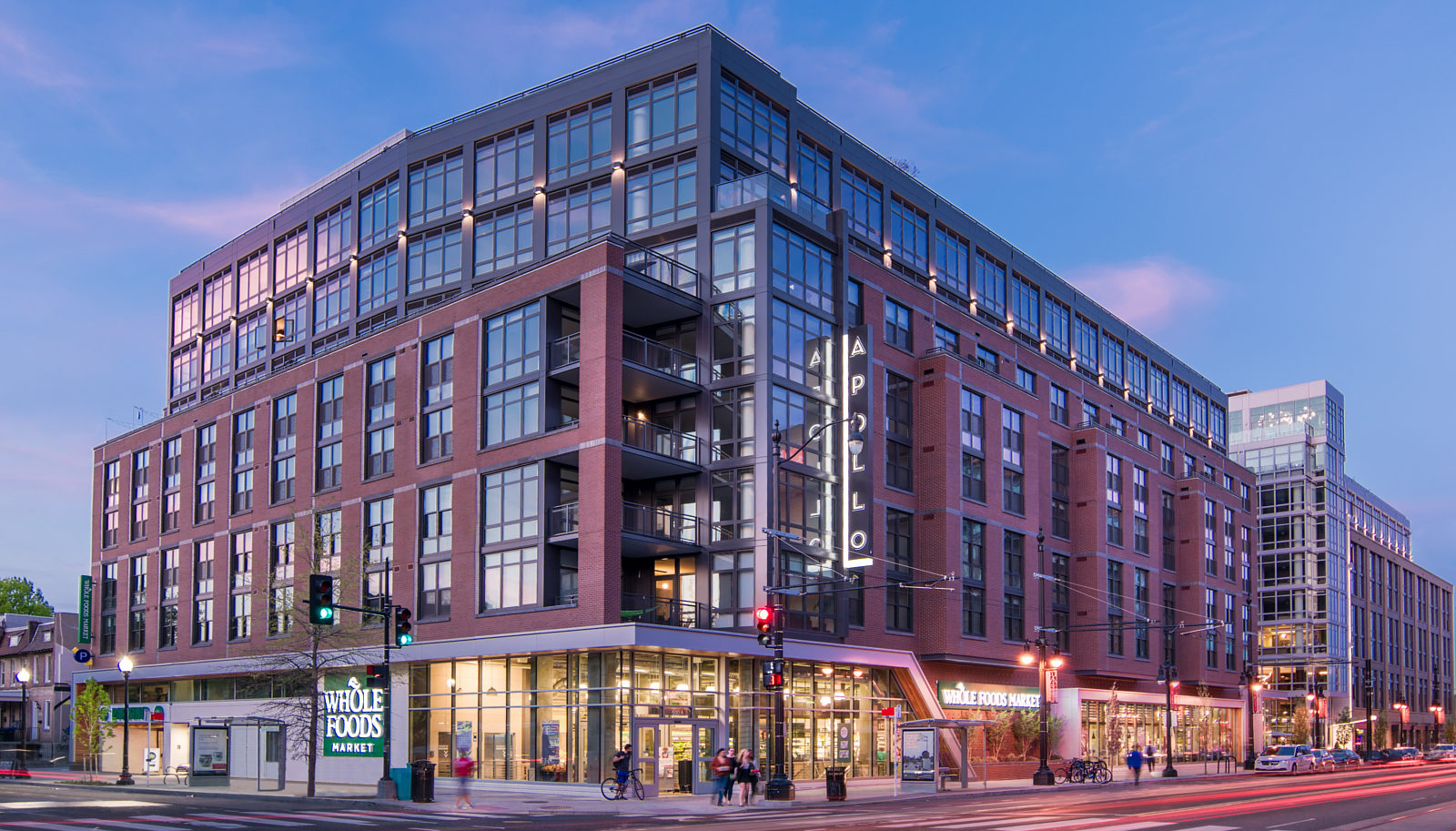 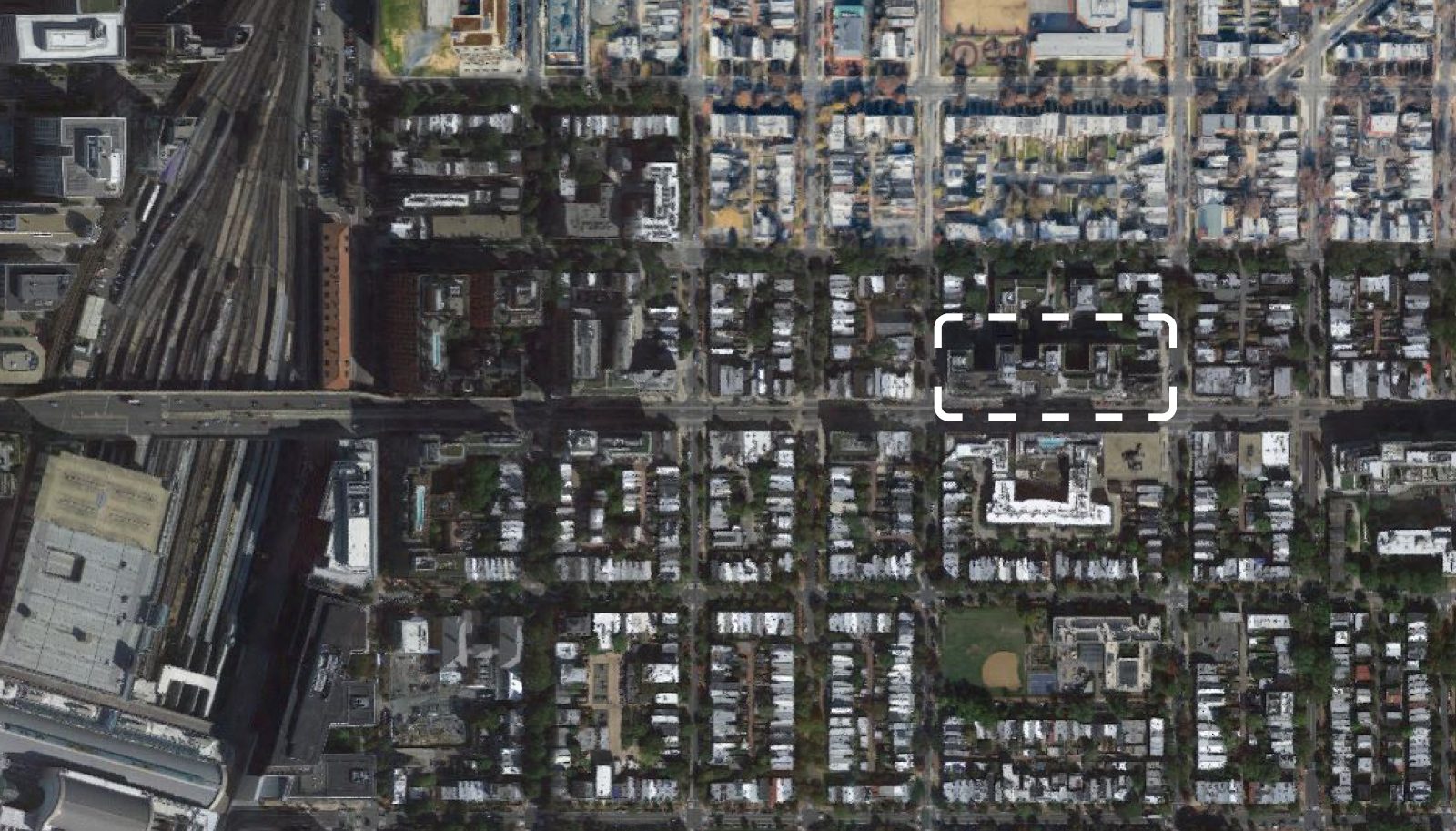 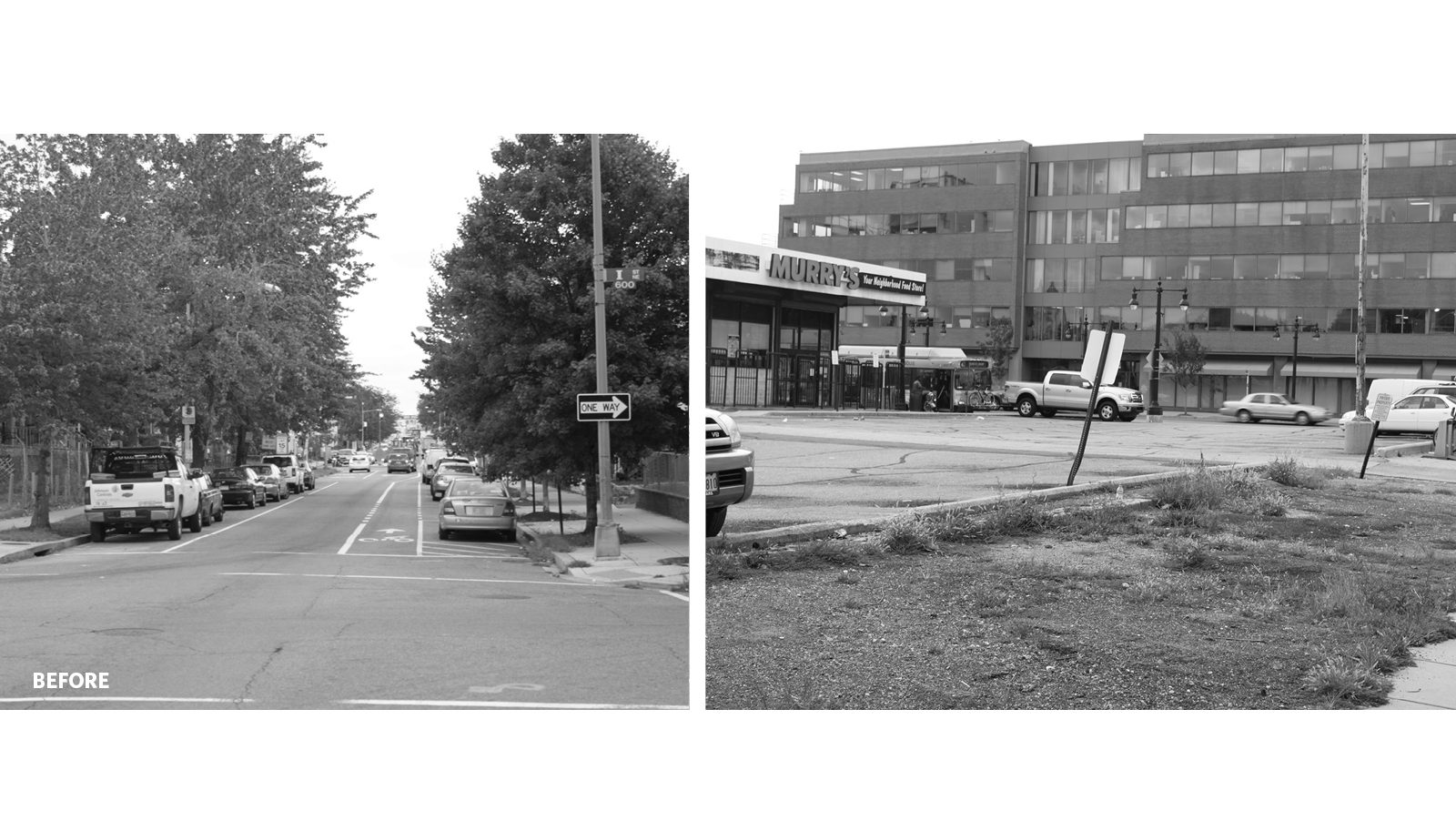 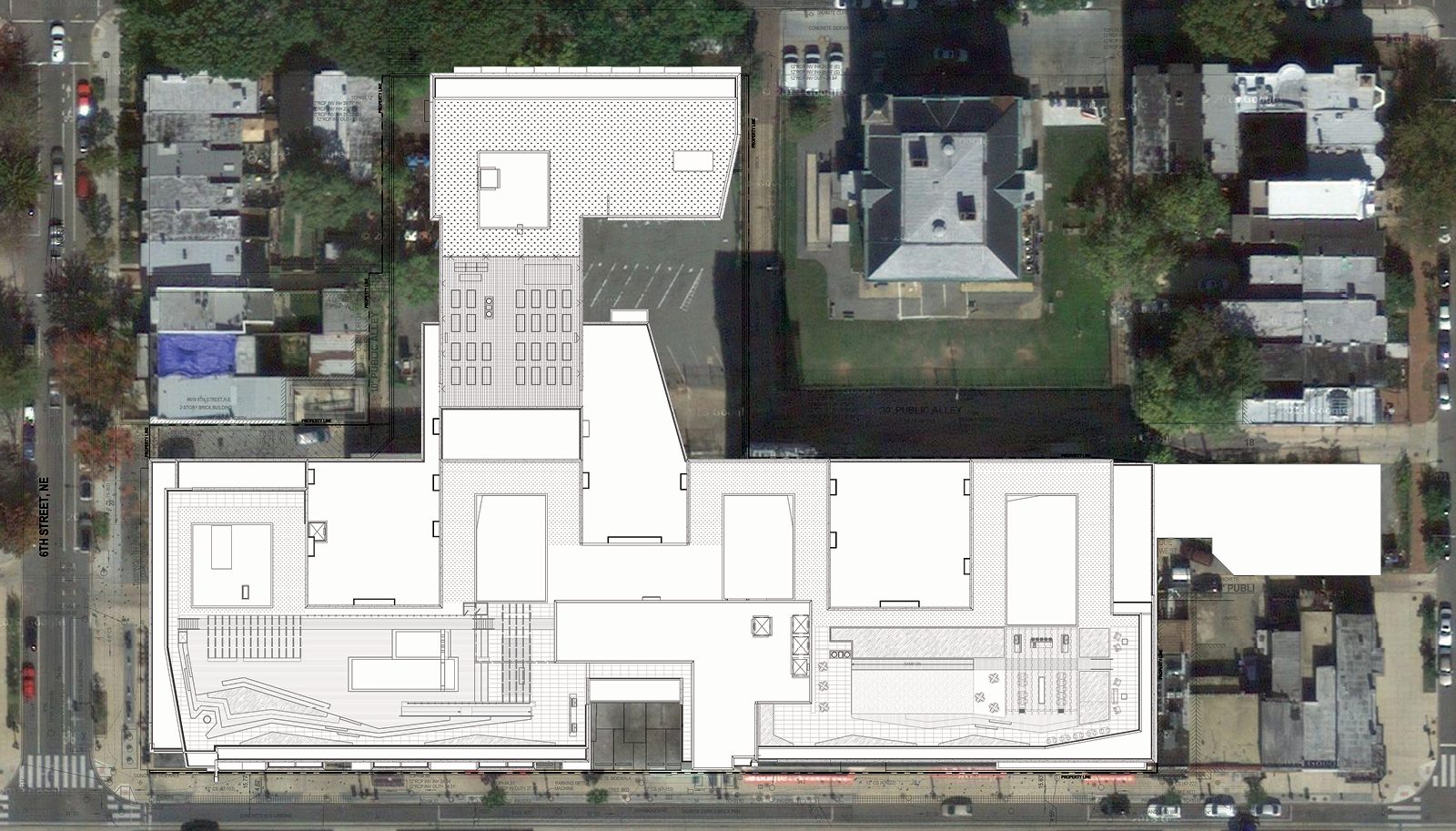 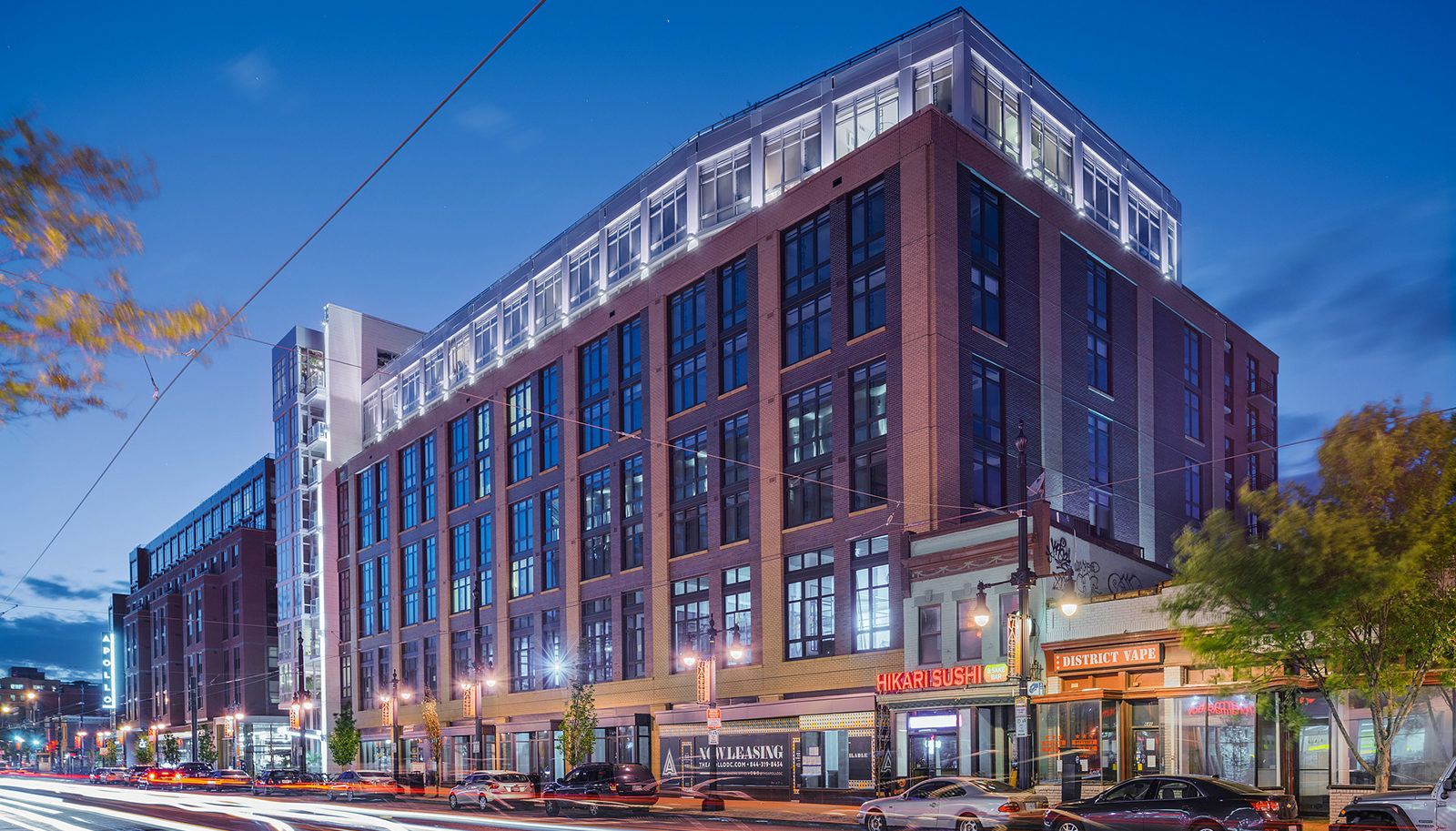 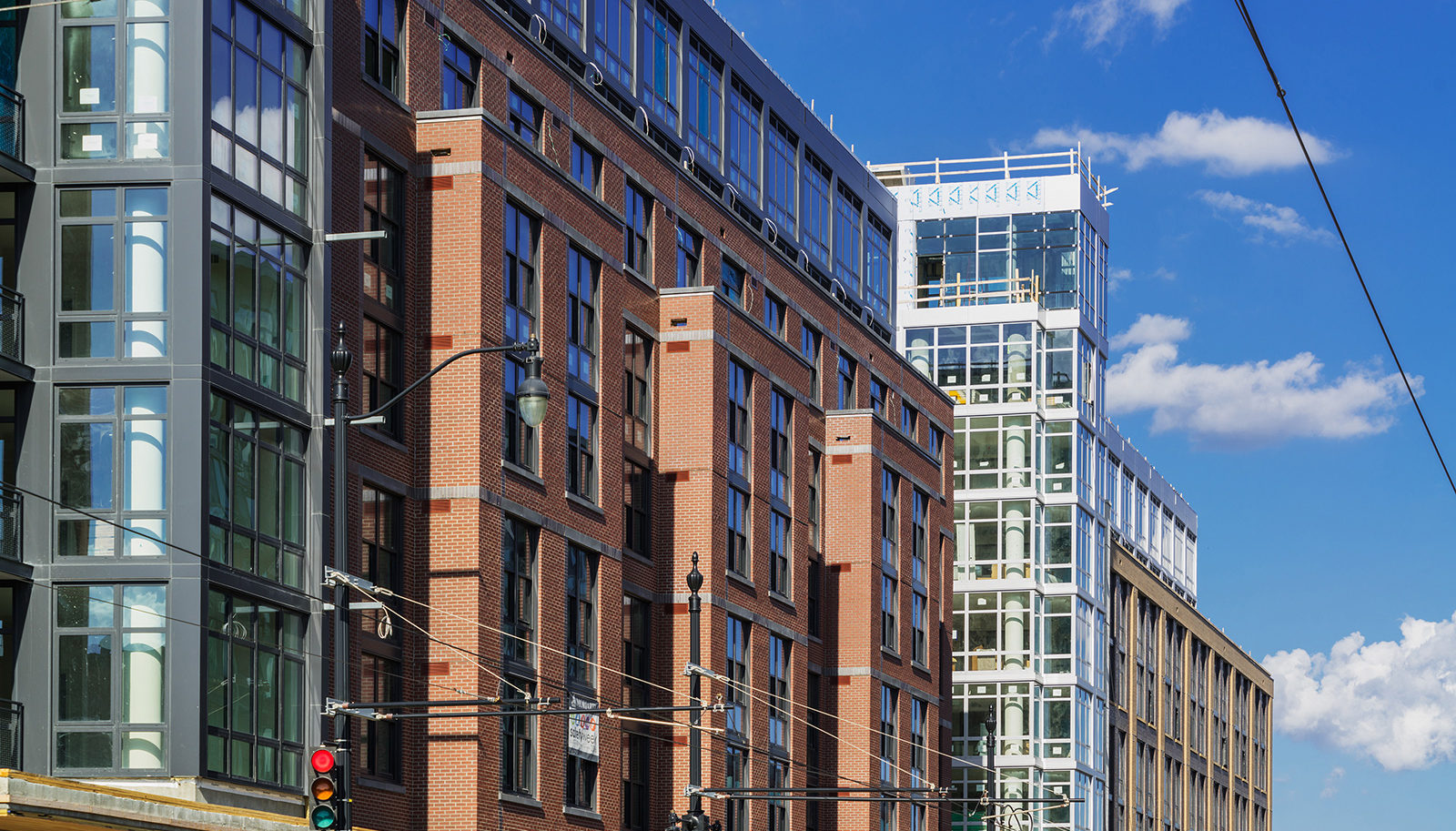 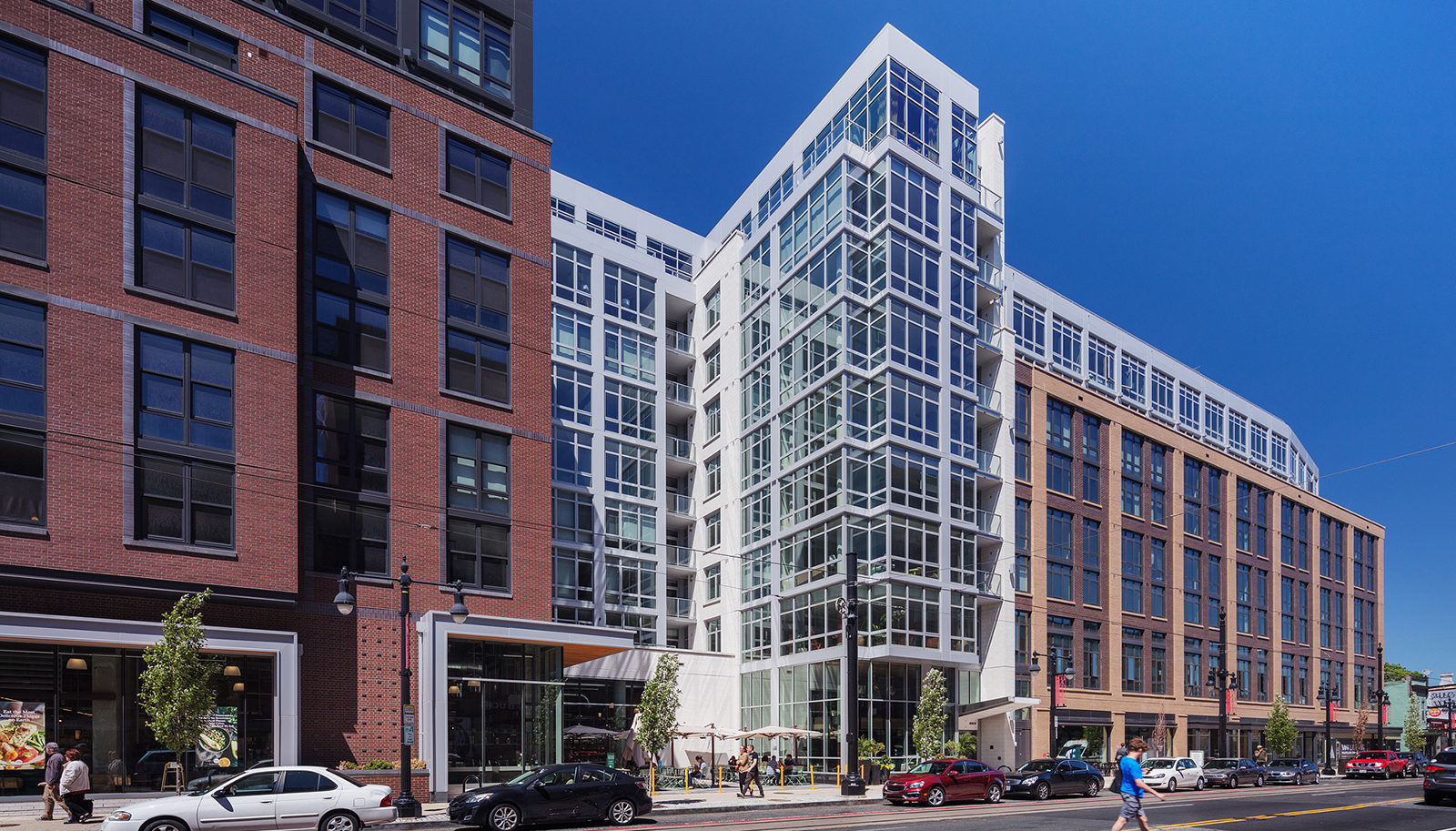 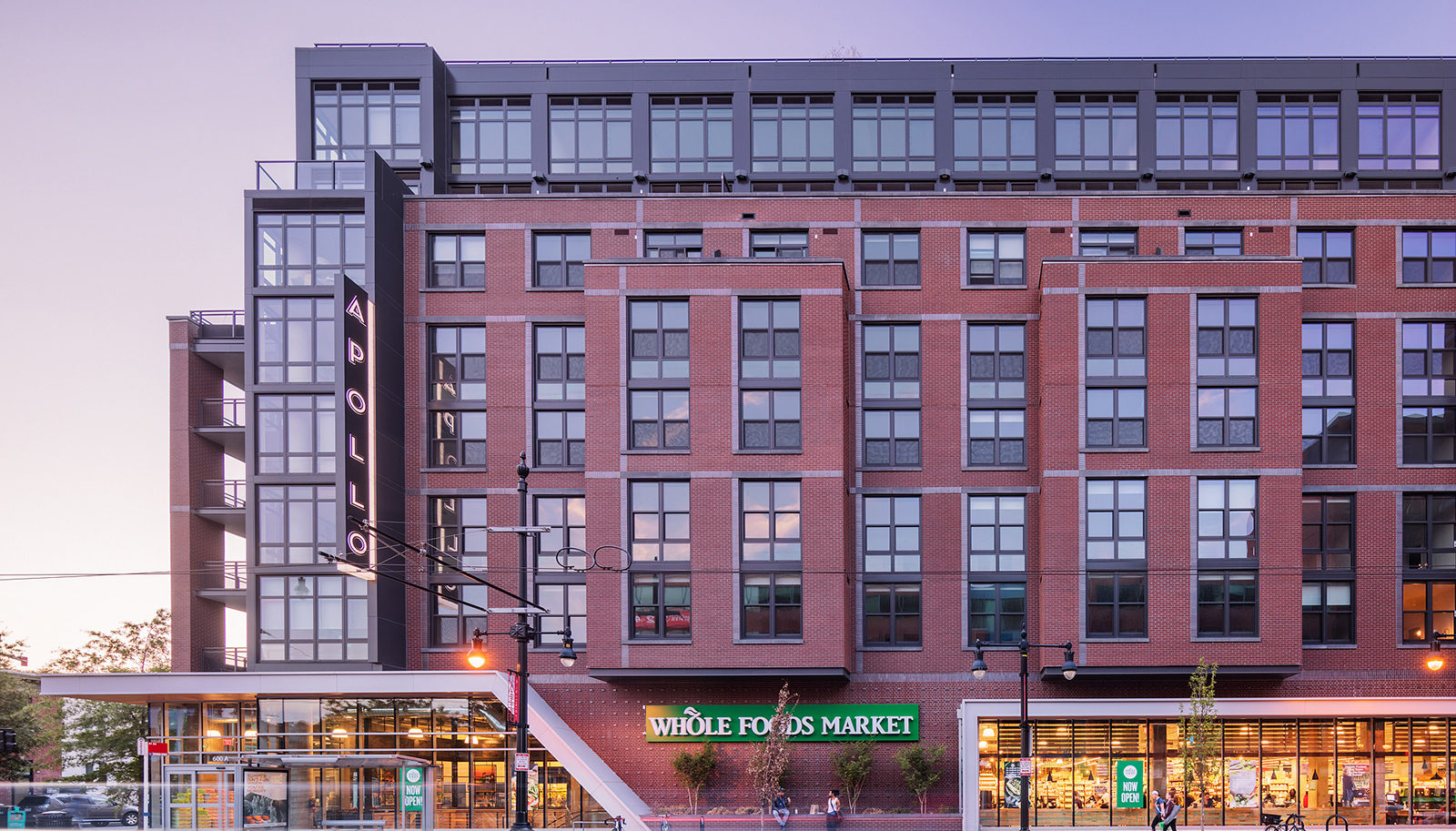 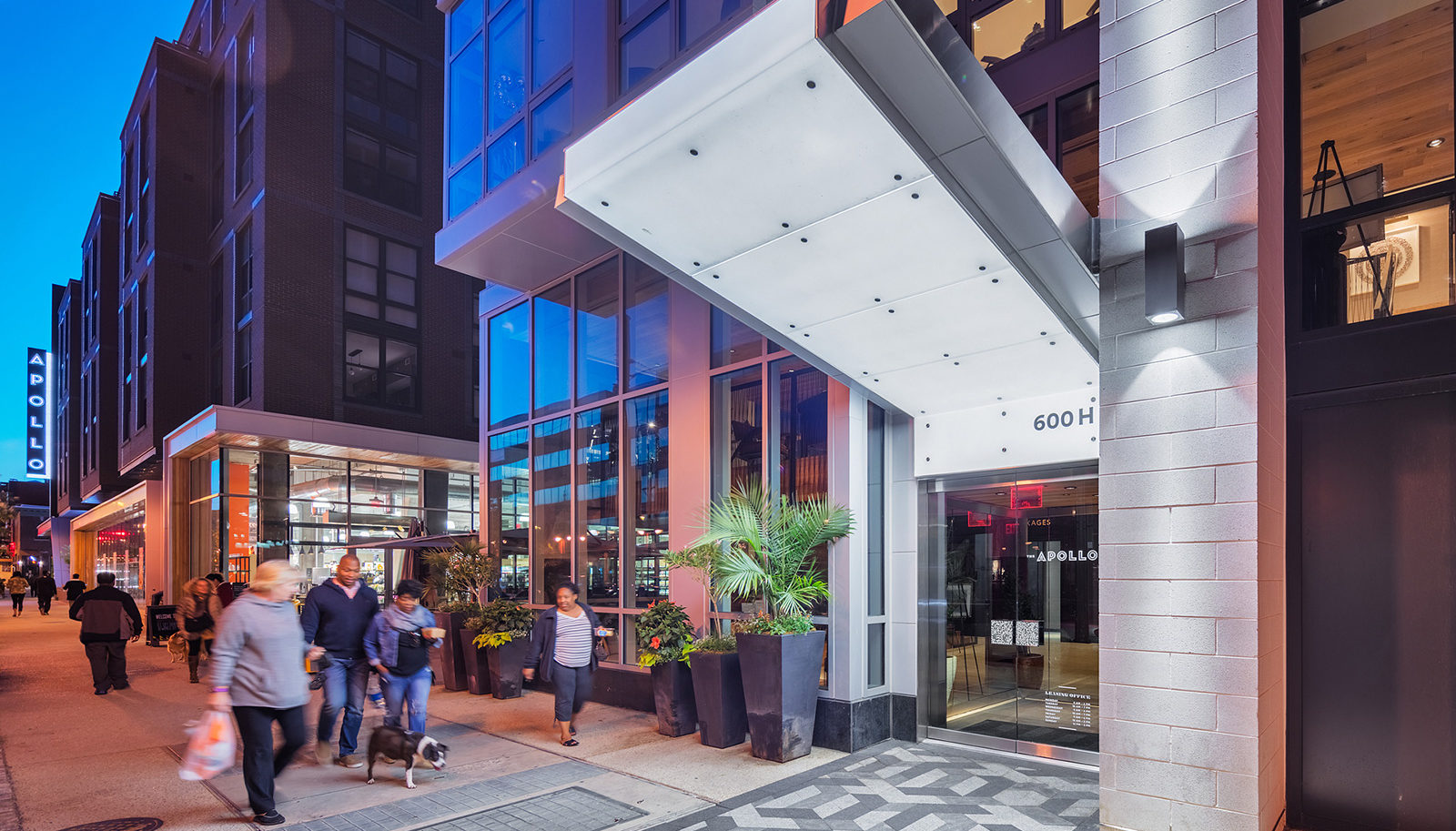 The Apollo is located in northeast Washington DC in the rapidly expanding H Street corridor. The project connects multiple lots facing four streets around the entire block and, in order to accommodate the building massing and the necessary footprint, the lots were grouped and alley configurations modified. The bulk of the Apollo sits on H Street and is defined in sections to create visual interest in the urban scape and avoid a long, monotonous wall along the street.

Each section is further broken down by being characterized as a ‘head and tail’ building. The west building increment has a prominent corner H Street acting as the head and 6th street NE, as the tail portion of the building, stretches to the middle of the block. The east portion of the building begins with a ‘head’ that occurs at this mid-block juncture with a facade recess/glass courtyard and a projecting glass tower. The remaining tail of the building then stretches to the east. A wing of the linear building on H forms a ‘T’ and projects north to I Street. Here the building steps down to three stories to match the surrounding townhomes. The streetscape is comprised of dooryards and stoops for the ground floor units fronting I street.

Three distinctly related buildings, or architectural components, break up the massing and scale along the block. Architecturally, the buildings are composed through a solid 6-story brick base with a rather regular geometry that anchors the composition to the urban grid; and a lighter, more transparent element that articulates the corners, the tops, and main vertical and horizontal building accents. This lighter element varies its geometry to create dents into the urban skyline, bringing more light and air to the street and creating a distinct character towards the urban scape. The LEED-Certified project will include green roofs, rooftop garden plots and landscaped area, energy efficient systems as well as promote numerous transportation options. The large-scale of the Apollo, and the inclusion of Whole Foods Market, has made it the heart of the residential and retail portion of the bustling H Street entertainment district.