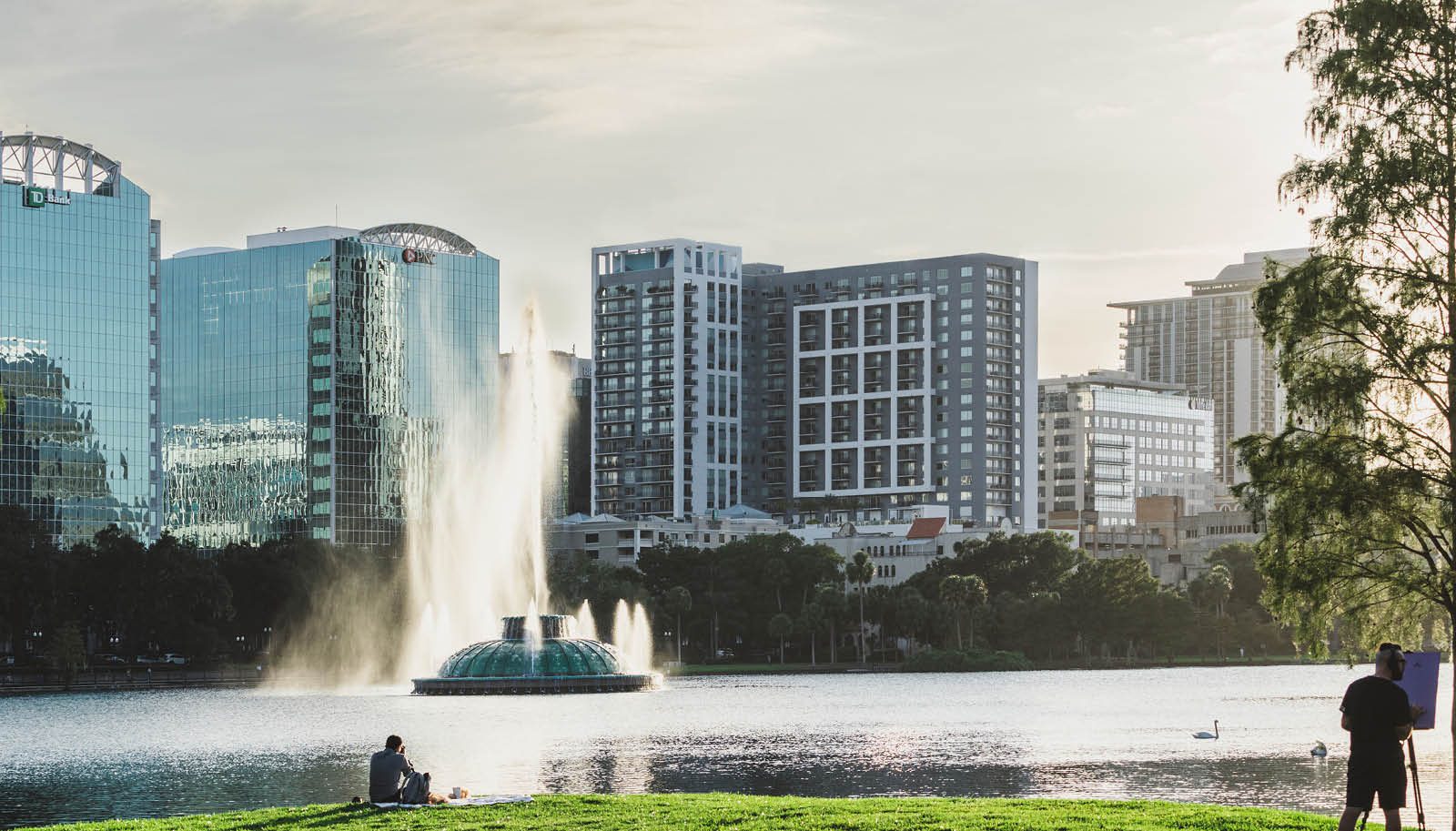 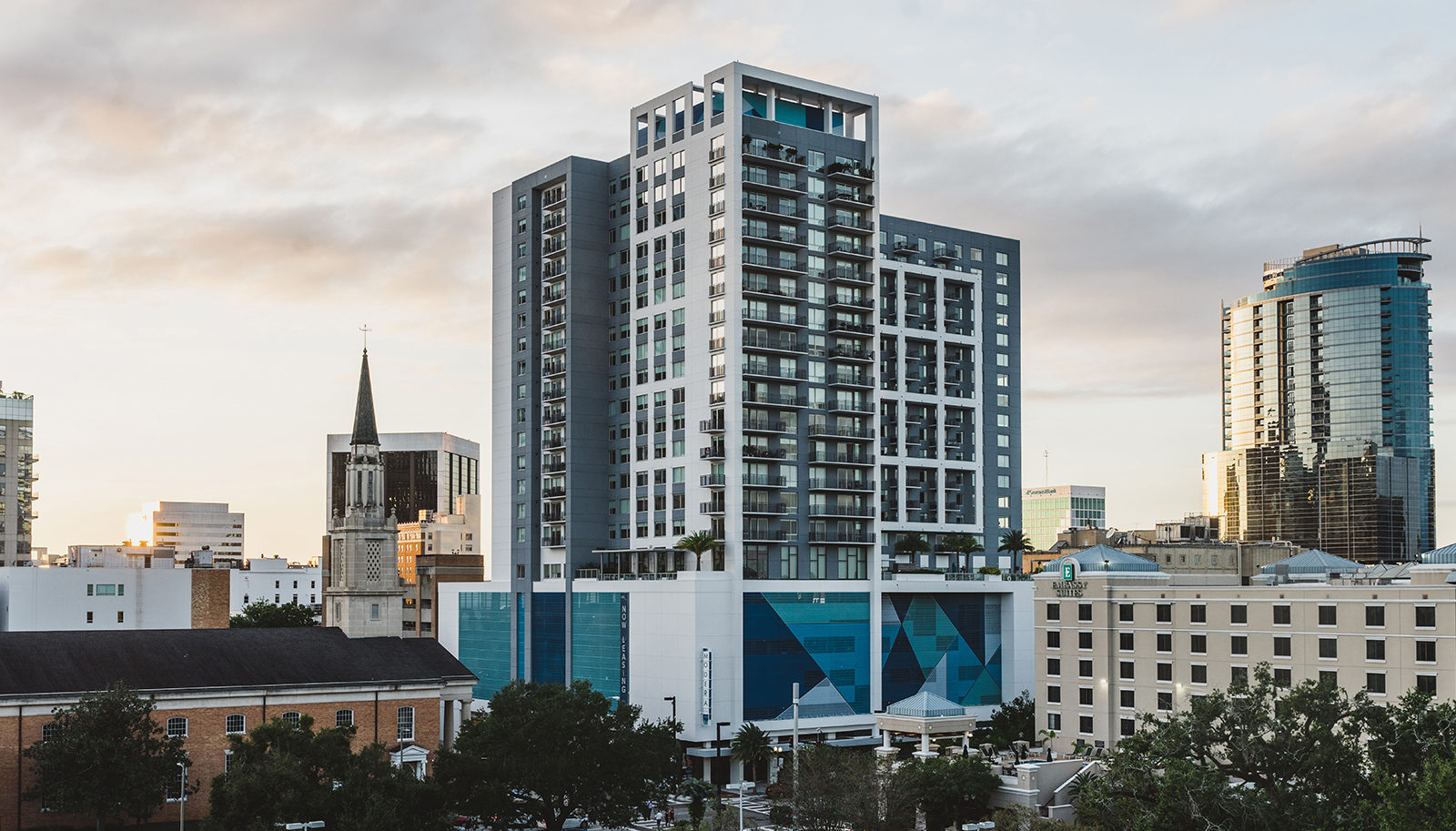 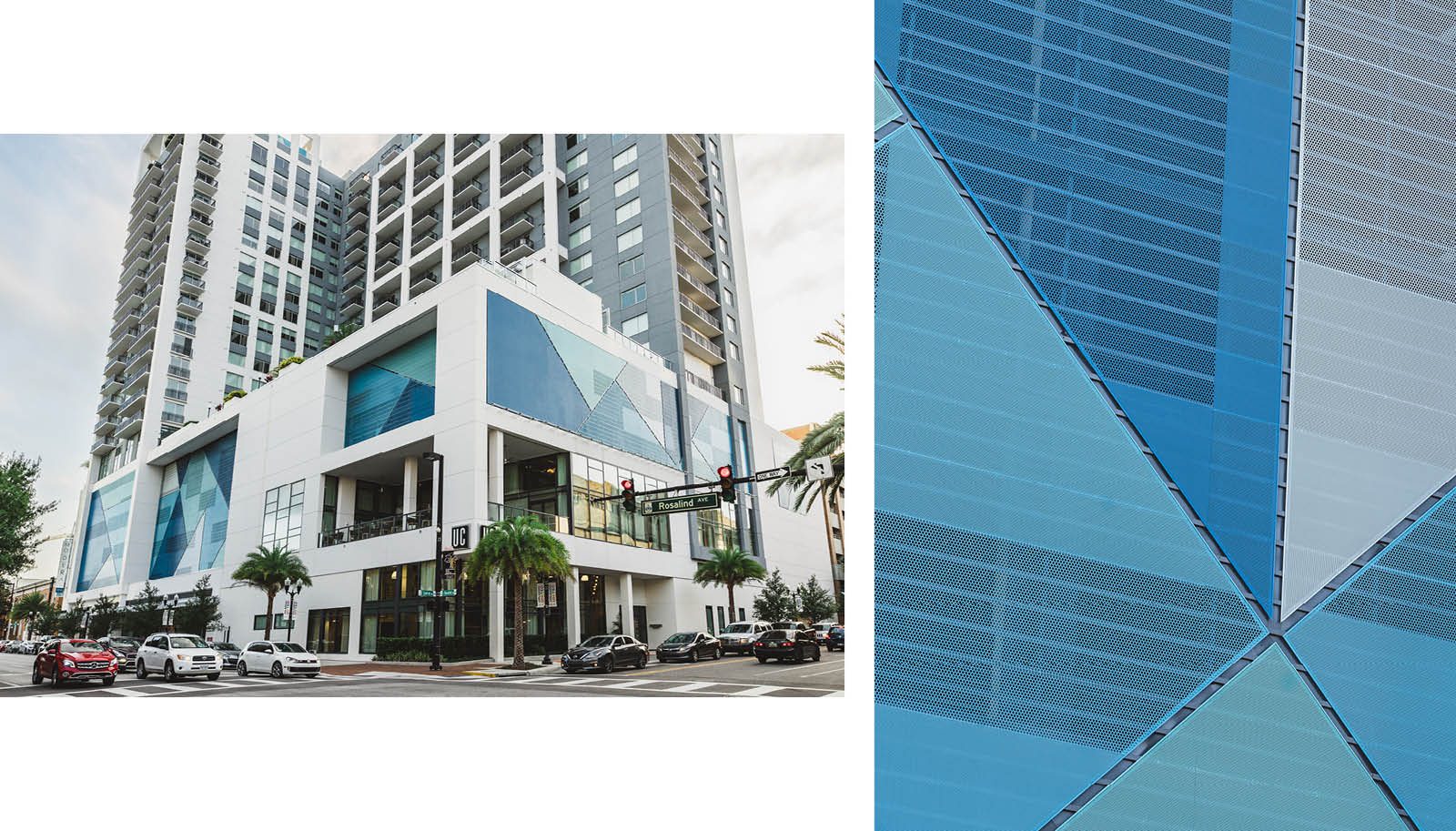 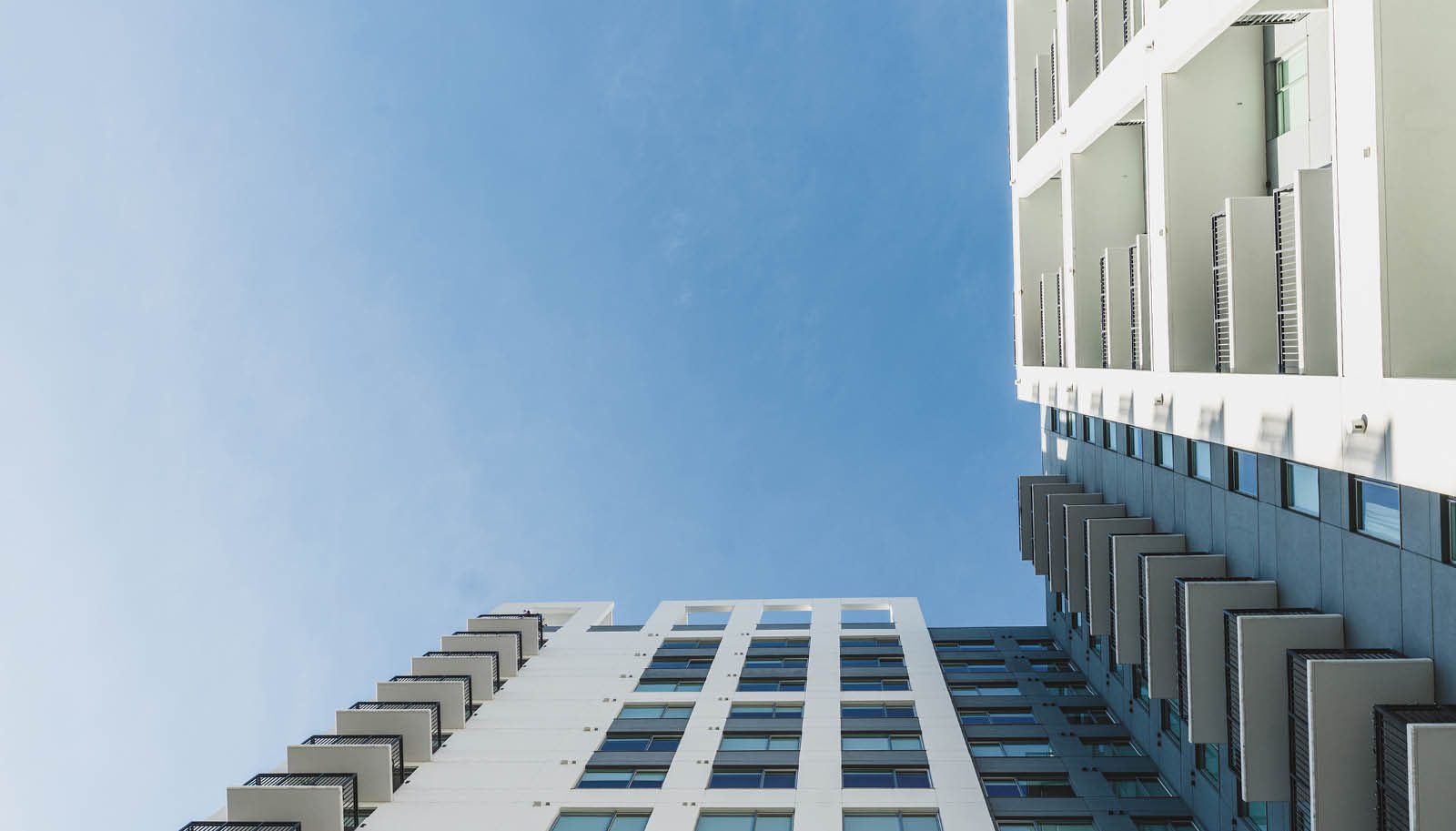 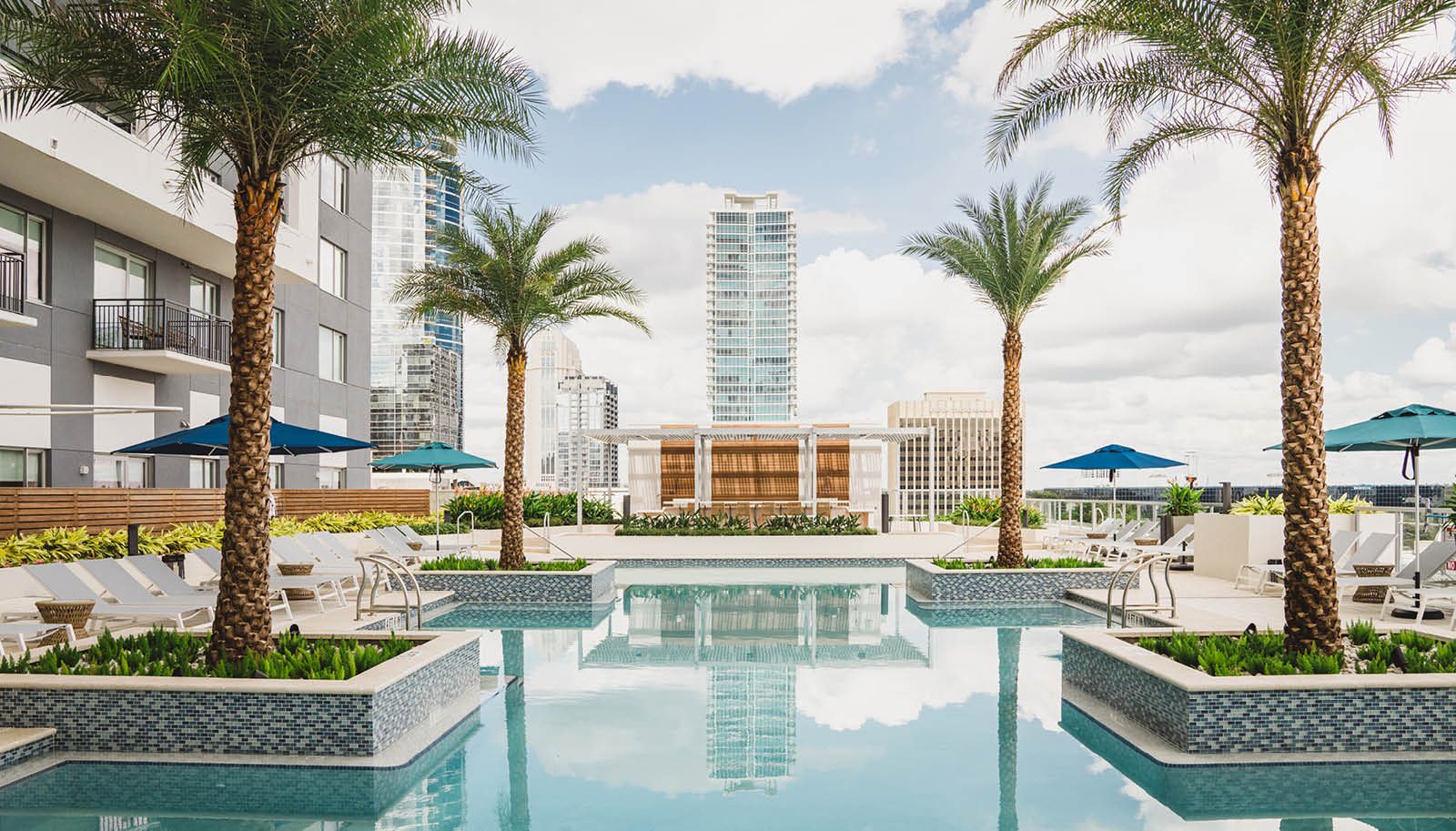 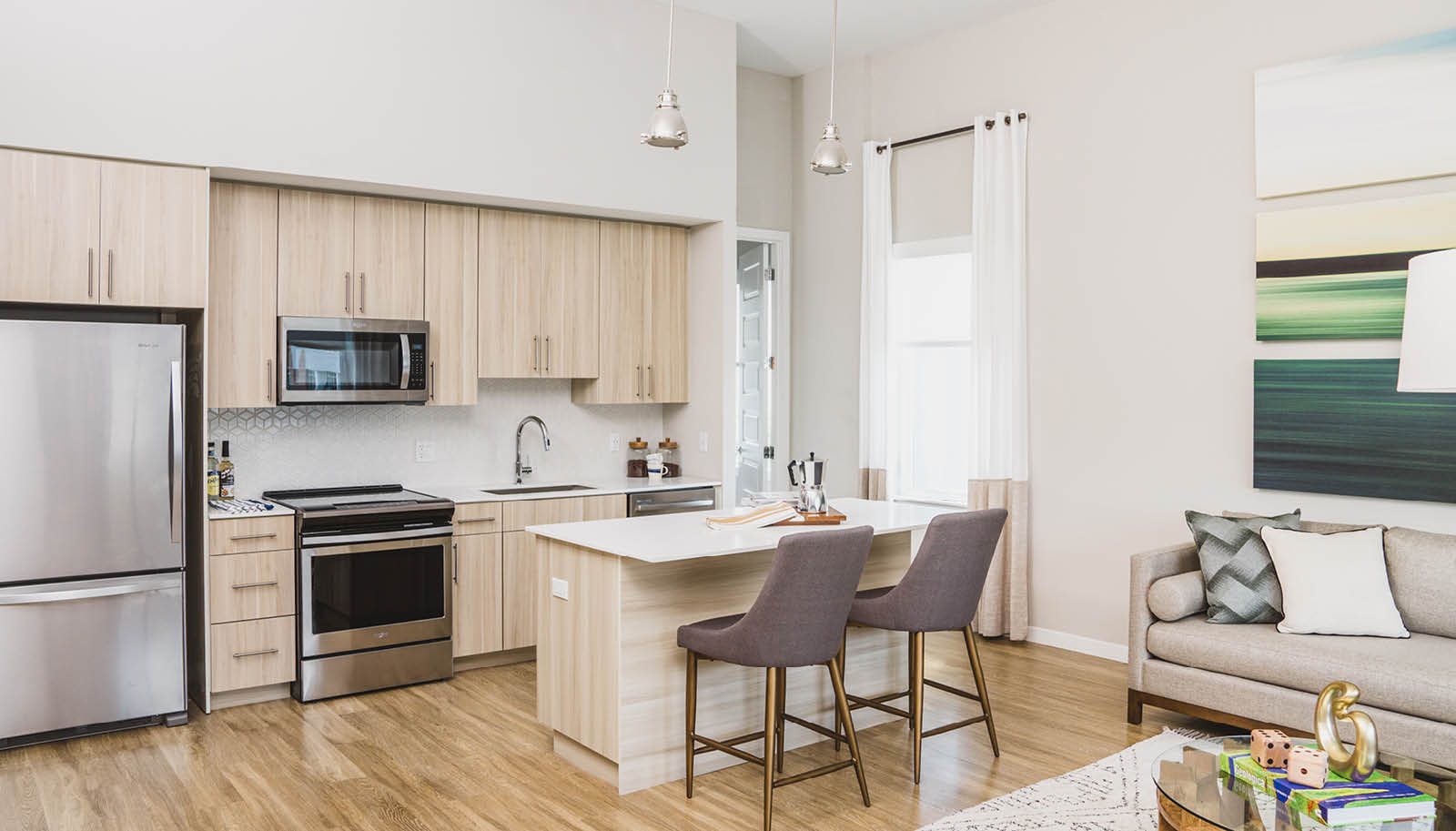 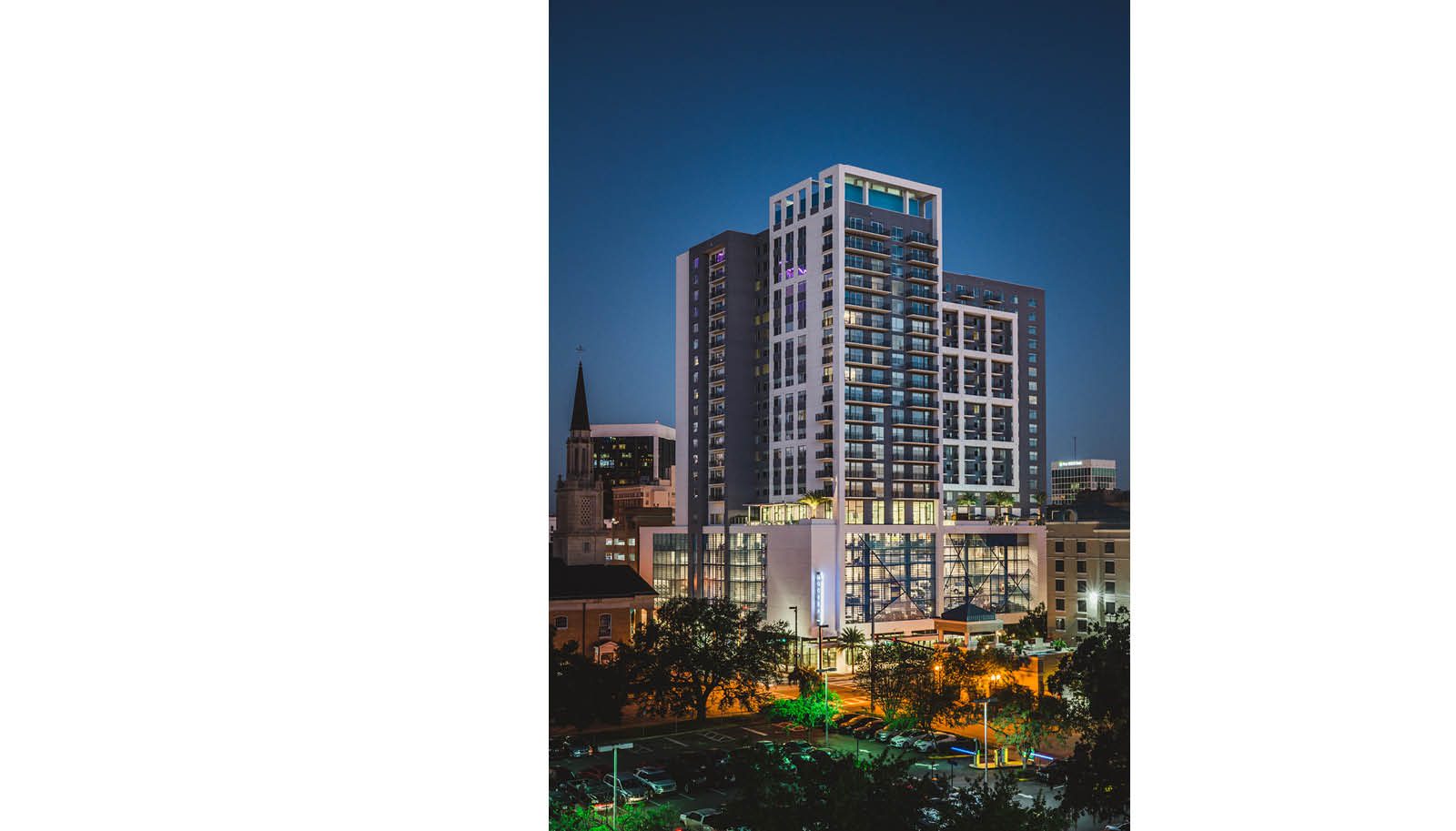 Located between Central Boulevard and Rosalind Avenue, the 22-story, 1.25-acre property—Modera Central—takes advantage of a prime, walkable location in the epicenter of South Eola and the Central Business District. Modera Central is comprised of 350 high-rise homes sitting atop six levels of structured parking and approximately 12,750 square feet of ground floor retail. Atop the six-story, above-ground parking garage sits an amenity deck with a rooftop pool and outdoor spaces with spectacular views of Lake Eola. Additionally, the older University Club of Orlando facilities—which had made the site its home since 1960—was demolished, reimagined, and incorporated as part of the sleek new high-rise in downtown Central Orlando. At the ground level, the project provides a mix of uses including an exclusive entrance to the University Club on Central and a large retail space along Rosalind and Pine. Additionally, the site is commuter-friendly with a SunRail station about a seven-minute walk from the project. The Orlando Farmers Market is in walking distance from the community, while groceries are only a five-minute drive away.

Two artists were tapped to develop the concept and design of the project’s public art element. One artist is an award-winning printmaker and graphic artist, the other is a musician and exploratory model maker, while both are also practicing architects. Together, these artists explored the Central Florida environment and culture and developed a theme for the public art bringing together three main characteristics: the orange—the triangular shapes seen when cutting an orange in half; the lakes—the intense blue of the lakes in Orlando; and the city grid—which is evenly laid out but sporadically broken by an undulating patchwork of lakes and roadways—served as inspiration for the development of the Public Art.