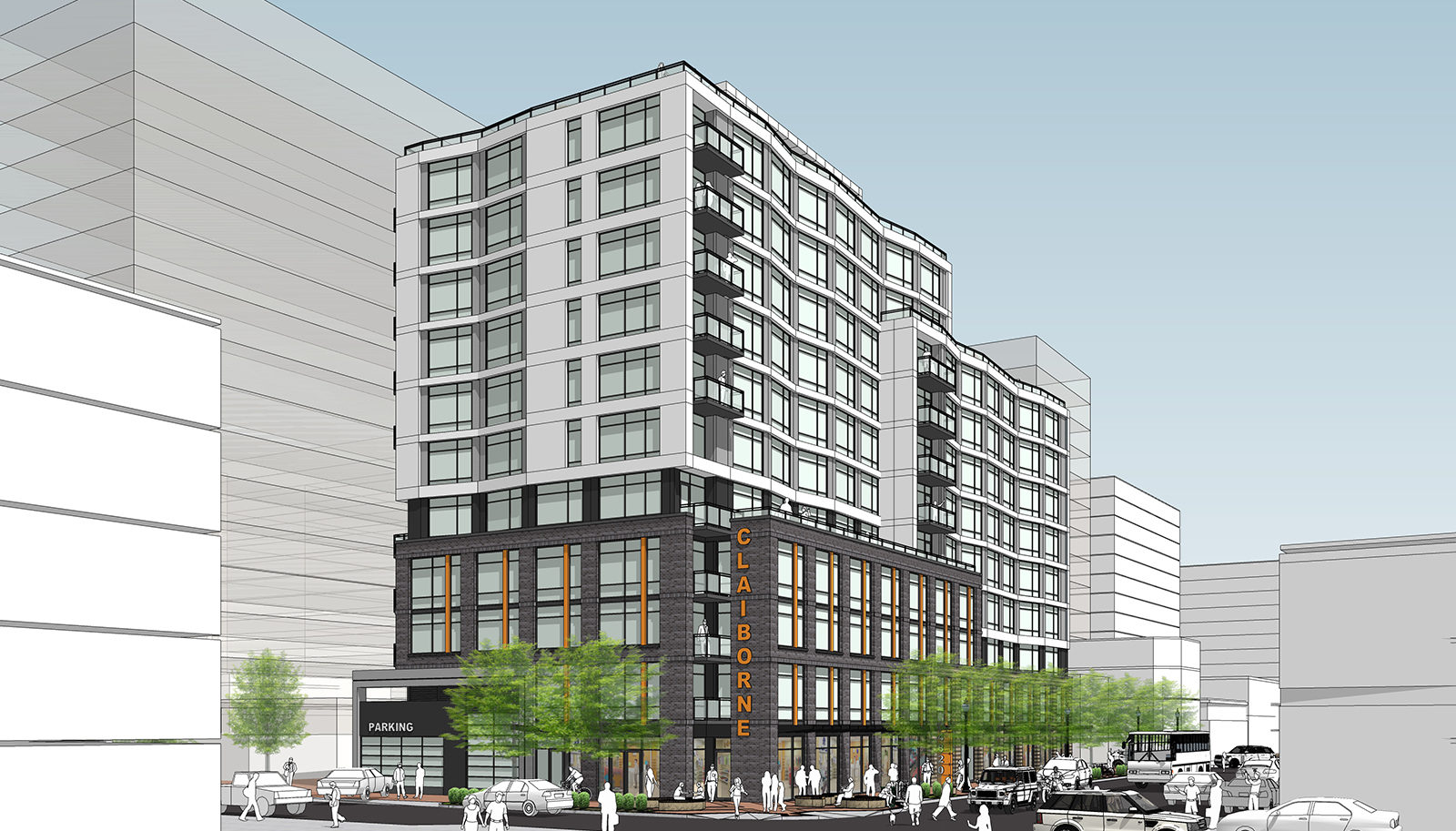 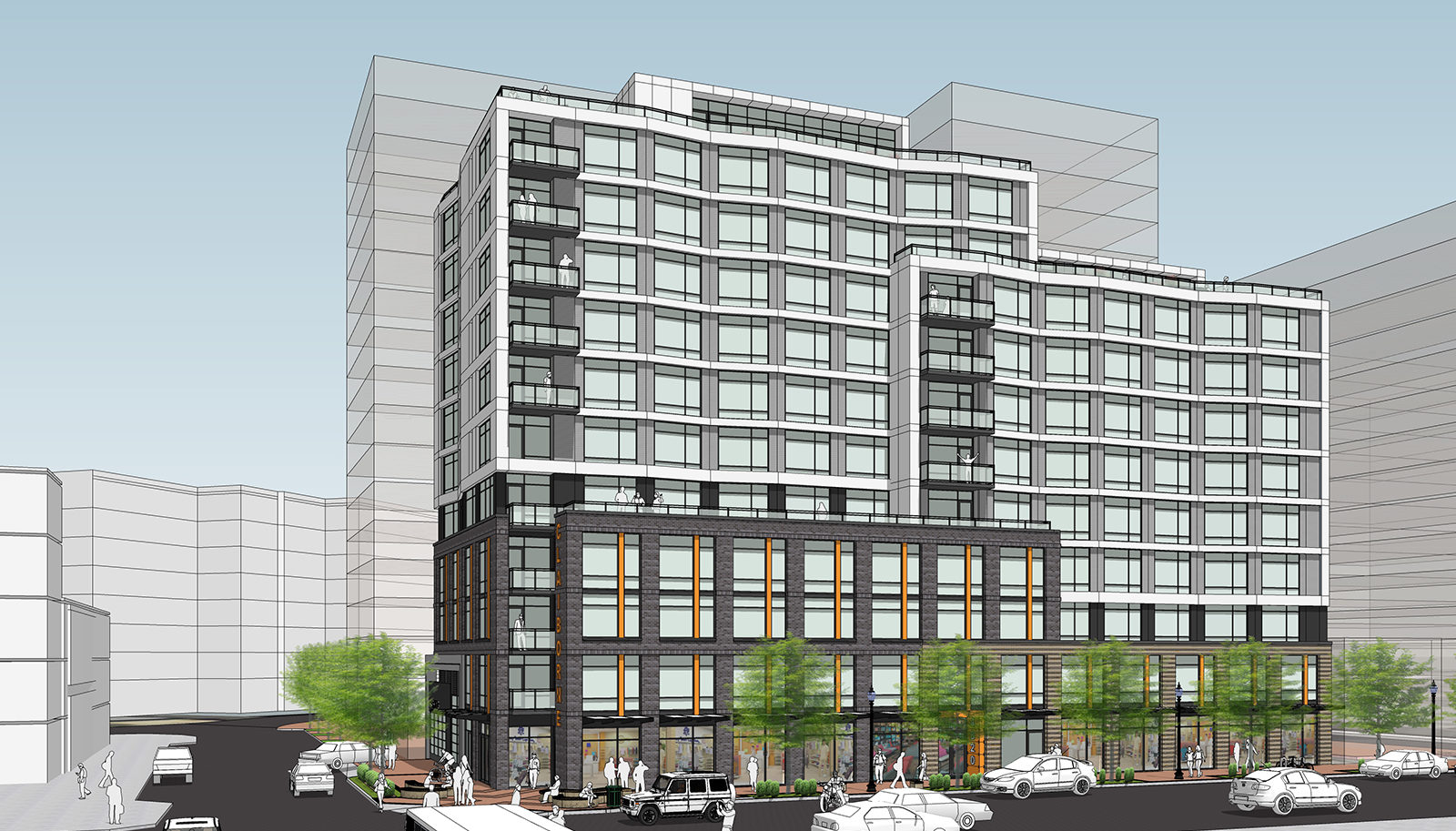 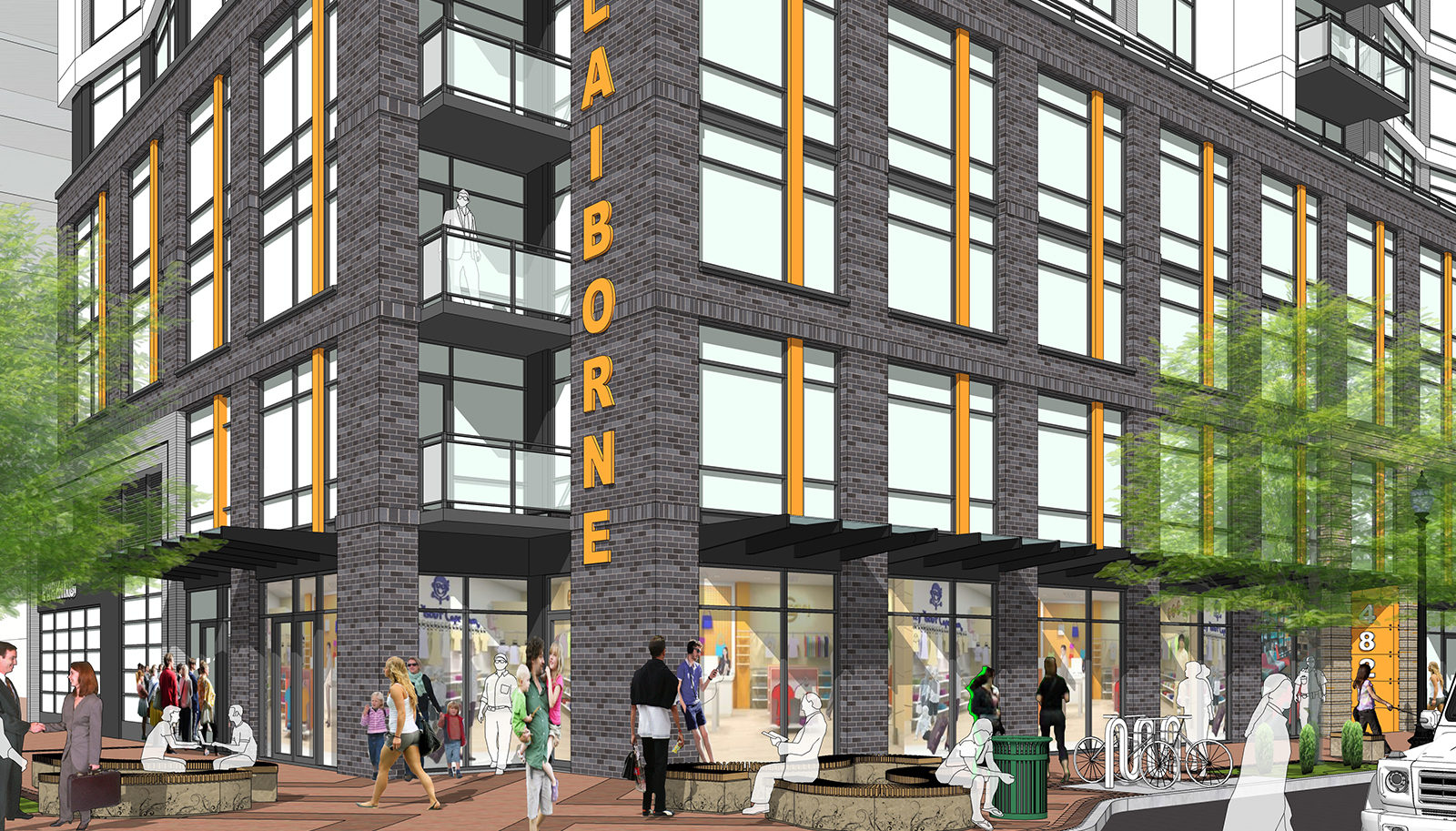 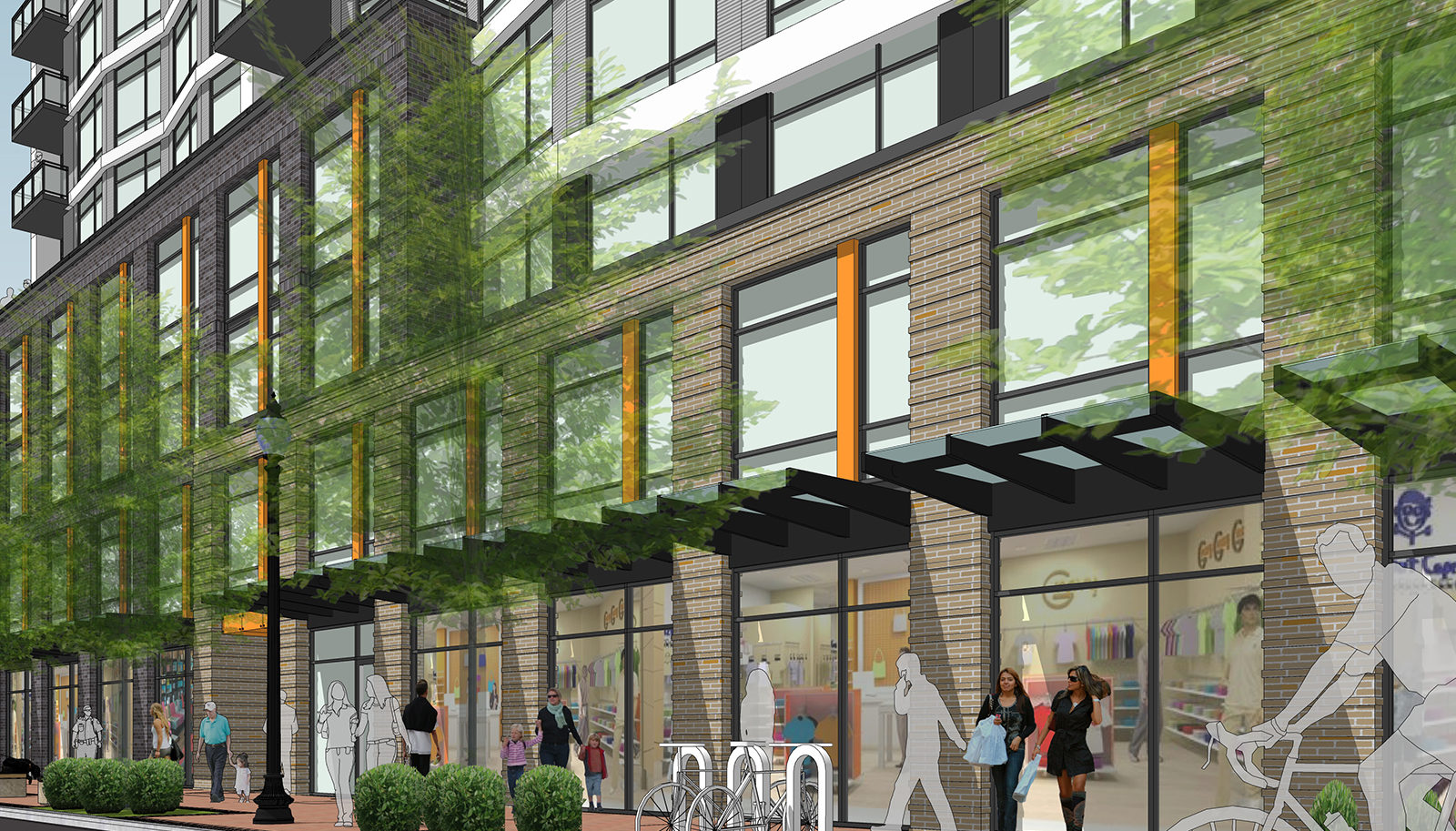 The building is shaped by its immediate context and the need to foster compatibility with neighboring buildings, particularly on small sites such as this one. On the Auburn Avenue side, the eastern edge of the building reaches the property line at a similar height as the existing building next door and then sets back, similar to the neighboring building. With the introduction of jagged shapes that are unique in the Woodmont Triangle area, the project will bring a fresh, unique, and innovative architectural solution to the residential realm. The main purpose of these shapes is to promote a connection with the outdoors in high-rise living. The nature of the site requires a compact design, where all the uses are close and bleed into one another. The building is designed to maximize sun exposure and natural light. Also the use of the “big frame” and alternating jagged shapes creates shadowing on the glassy areas reducing heat gain in the interior while maximizing the natural light on the south side during summer, the building— providing interior comfort while reducing energy consumption and reducing the carbon footprint of the building.

The streetscape along the property highlights the pedestrian-oriented intent of the Bethesda Downtown Plan Design Guidelines. At the intersection of Norfolk Avenue and Auburn Avenue, a vibrant corner design includes artistic seat walls, lush plantings, and a decorative paving pattern. Claiborne’s design is informed by conditions that are intrinsic to the site, its location, and orientation. Norfolk Avenue has a distinct street section, where consistent building heights on each side of the street are the preamble of greater heights beyond, creating a datum line for the observer. The building raises from the ground with a strong character responsive to the need for compatibility with existing nearby development. The resulting four-story base, predominantly
solid in nature, interacts at a pedestrian level through richly textured masonry walls, metal and glass canopies, balconies, and awnings. Glass features purposely located along Norfolk Avenue offer transparency for the public functions of the building. On Auburn Avenue, a section of the massing is called down to integrate the existing building to the north east into the street overall composition.

From the fifth floor up, the building steps back while disengaging from the vernacular of the base. The tectonic of the building changes along with the ratio between glass and solid areas. Much lighter materials and new architectural elements defines this body of the volume As the building rises, it creates the perception of a loss in mass, reducing the visual impact on pedestrian. The facade radiates in different directions but is contained in a controlling frame. On Norfolk Avenue, set frame highlights the faceted, weaving articulation of the glazing, and acts as a “Brise Soleil” or shading device in the summer time. The set frame detaches at the intersection of Norfolk and Auburn Avenues creating the opportunity for the insertion of stacked balconies. These balconies with their glass railings, cantilever slabs define a vertical corner element. As the building turns toward the north-west, the set frame caps the faceted facade on Norfolk and allows for the ratio of glass to solid to decrease, thus diminishing heat loss in the colder months. To unify the entire composition the Auburn Avenue facade related the Norfolk side by integrating the faceted feature at the far end of the composition. As a result, all the approaches to the building offer the same level of interest and dynamism.