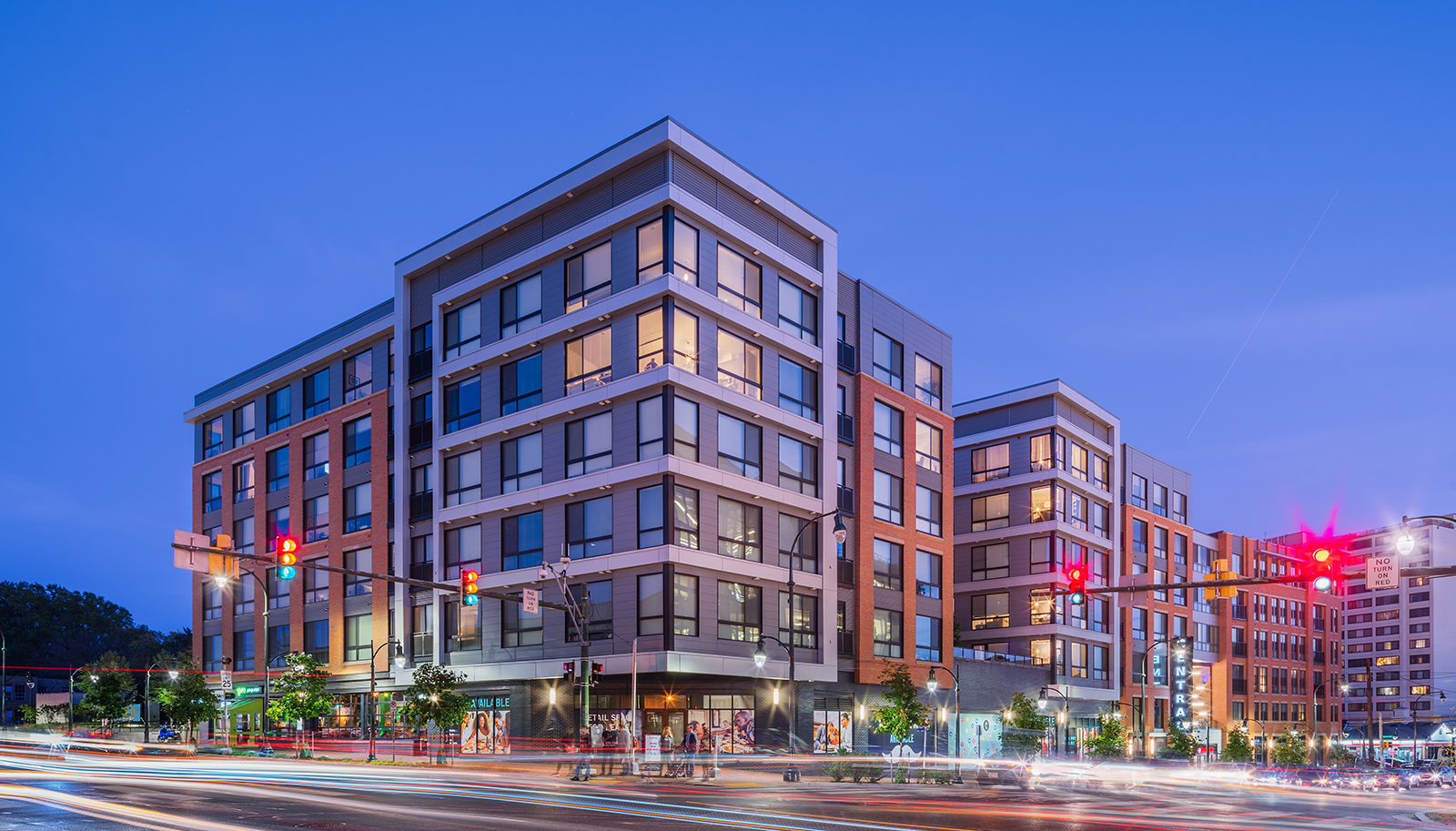 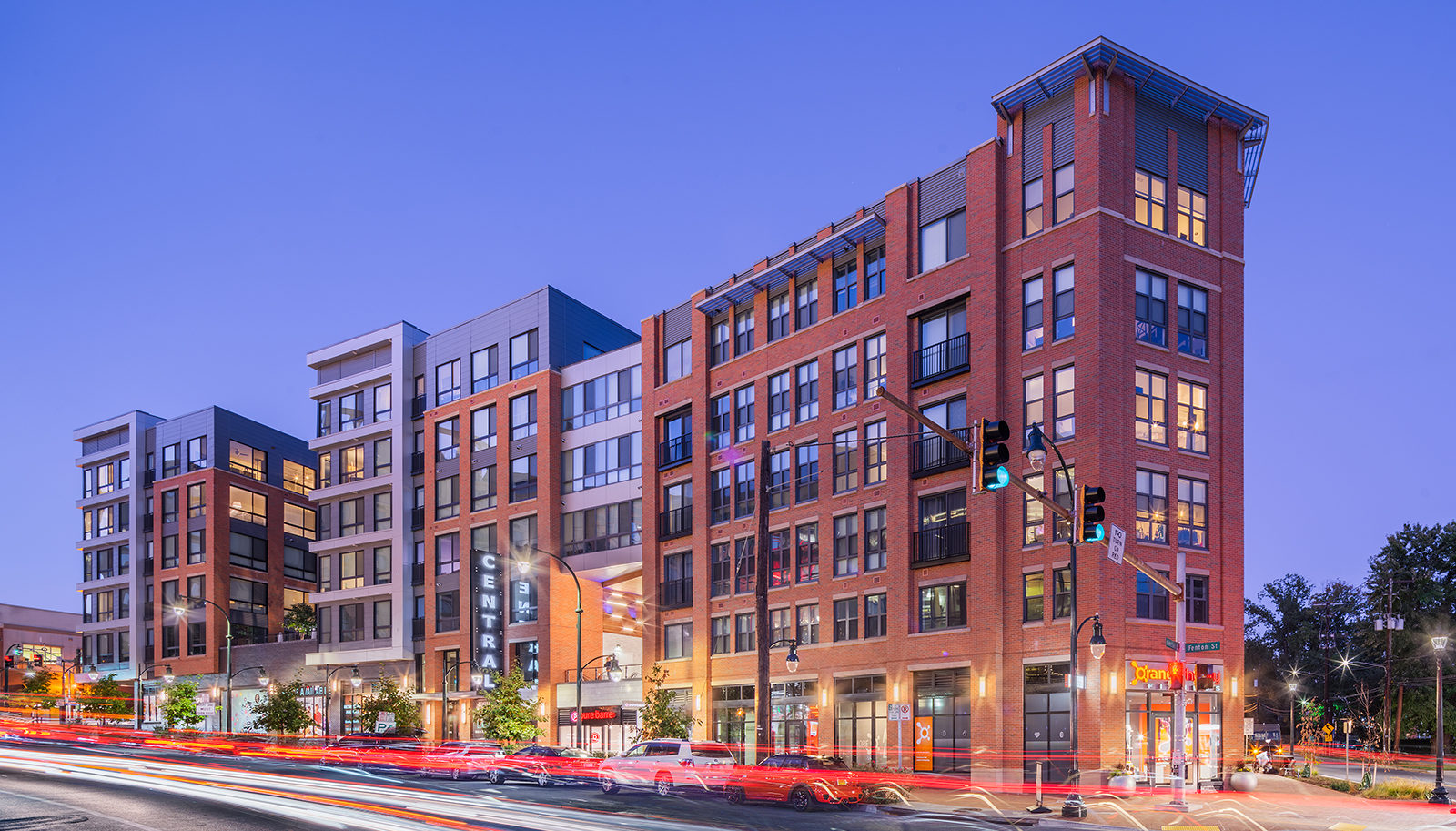 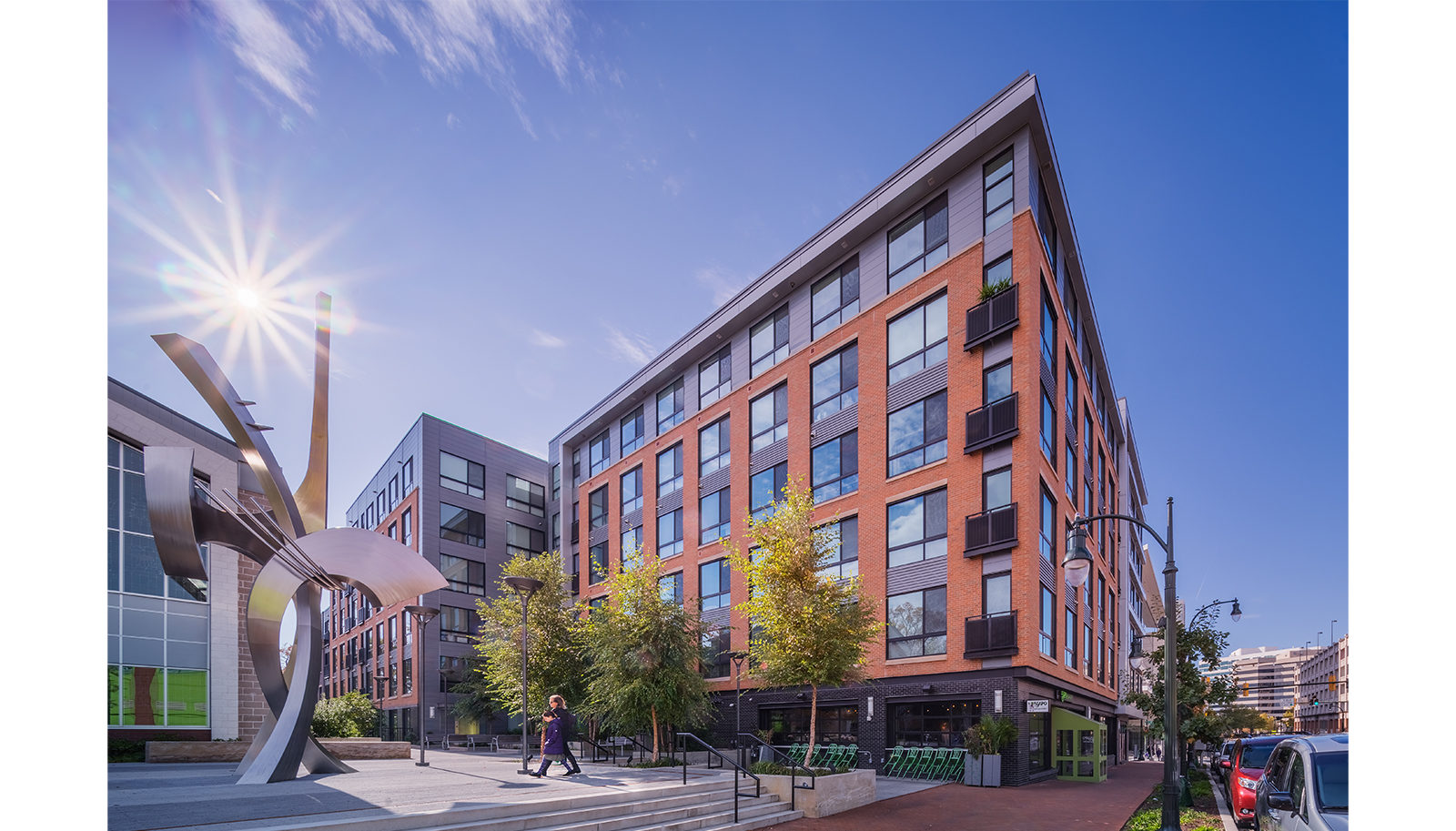 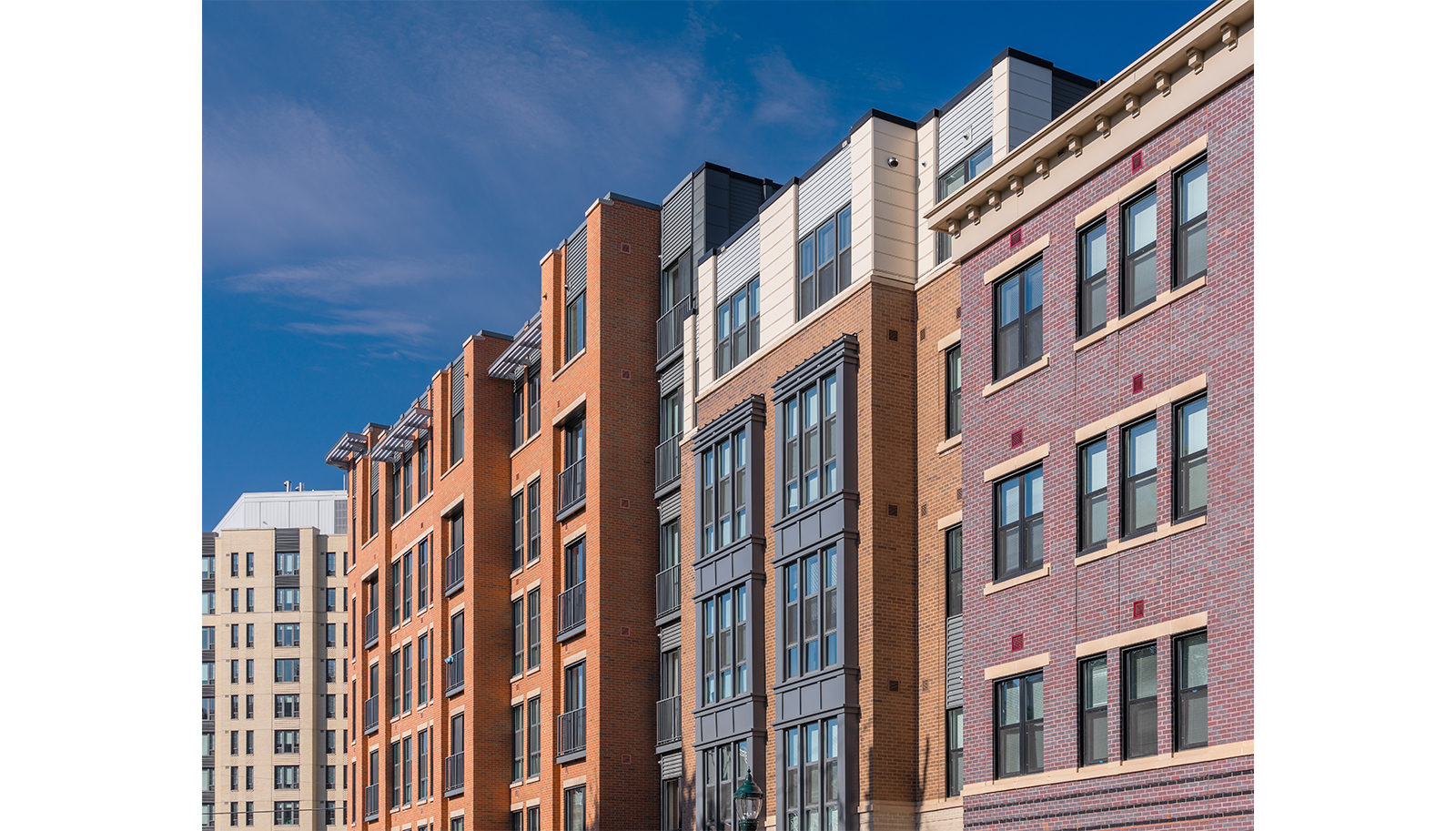 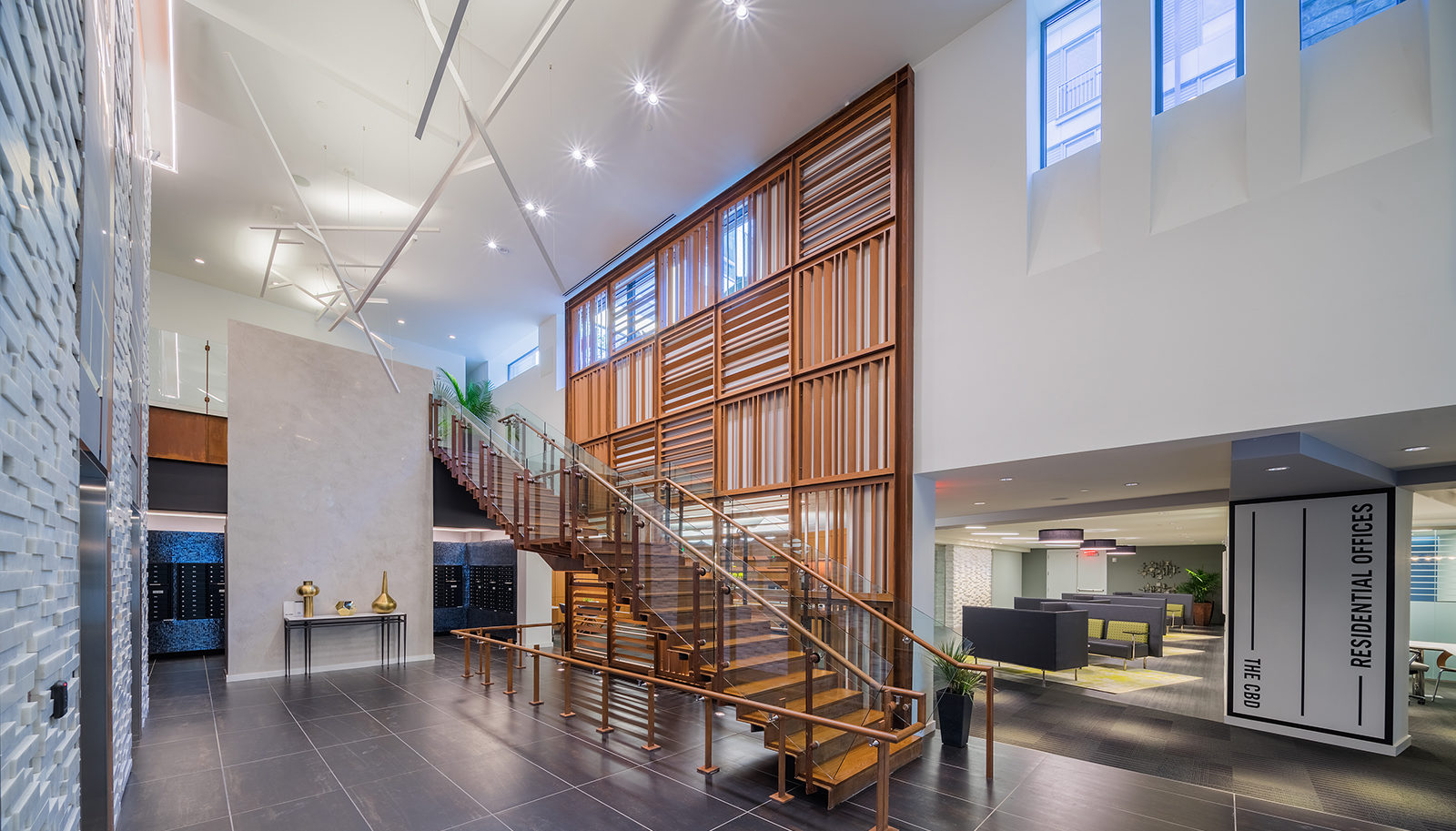 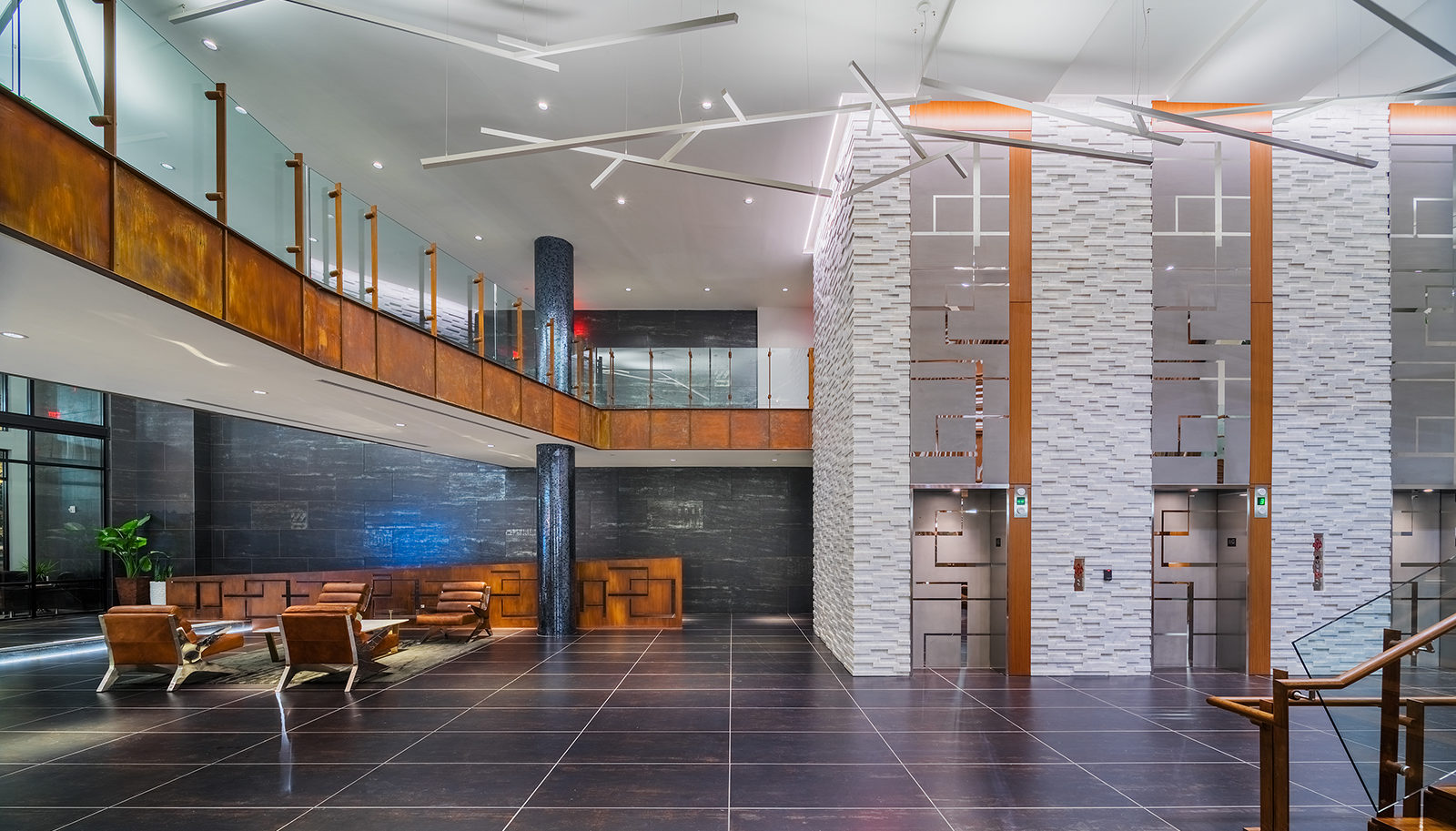 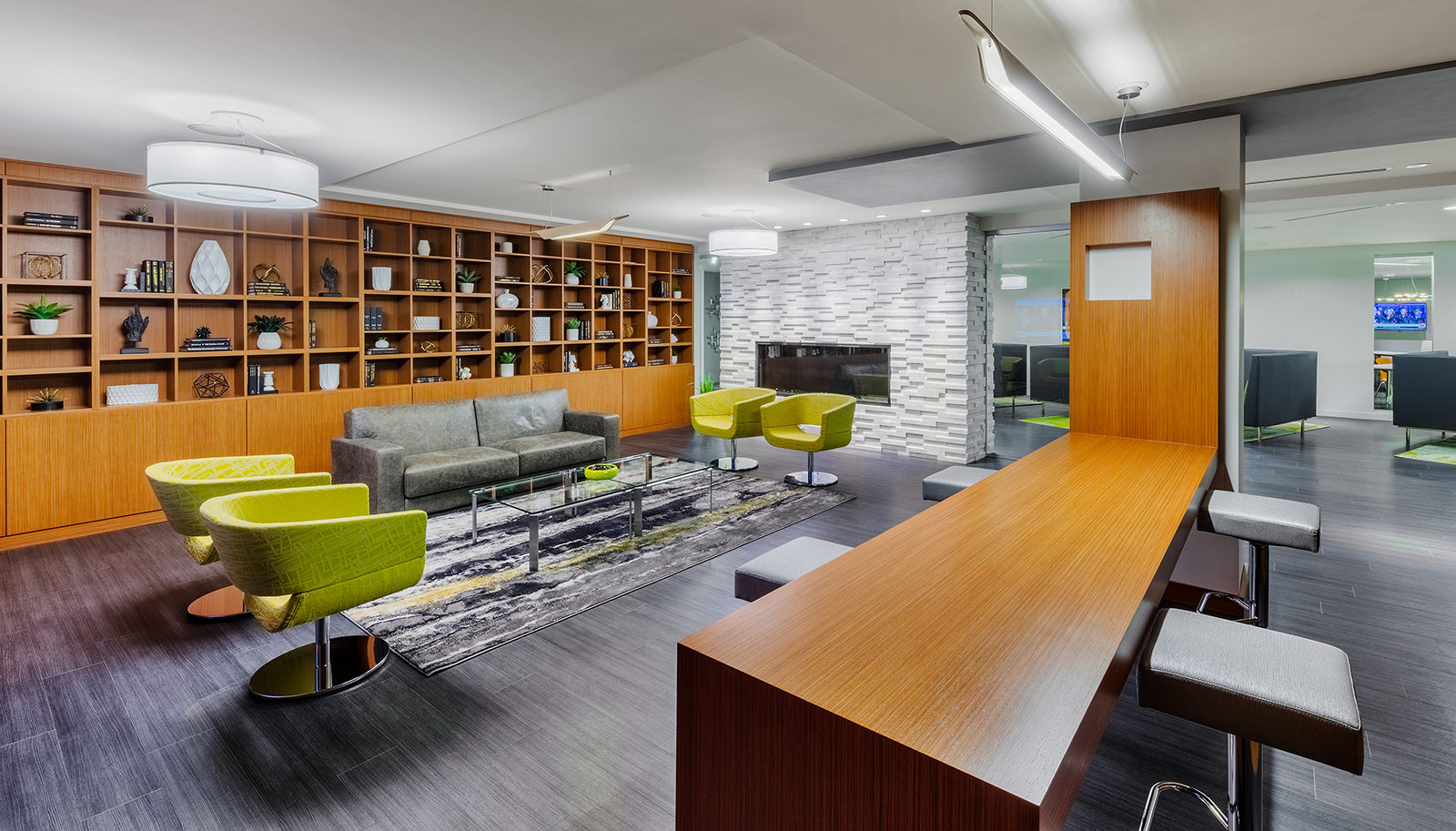 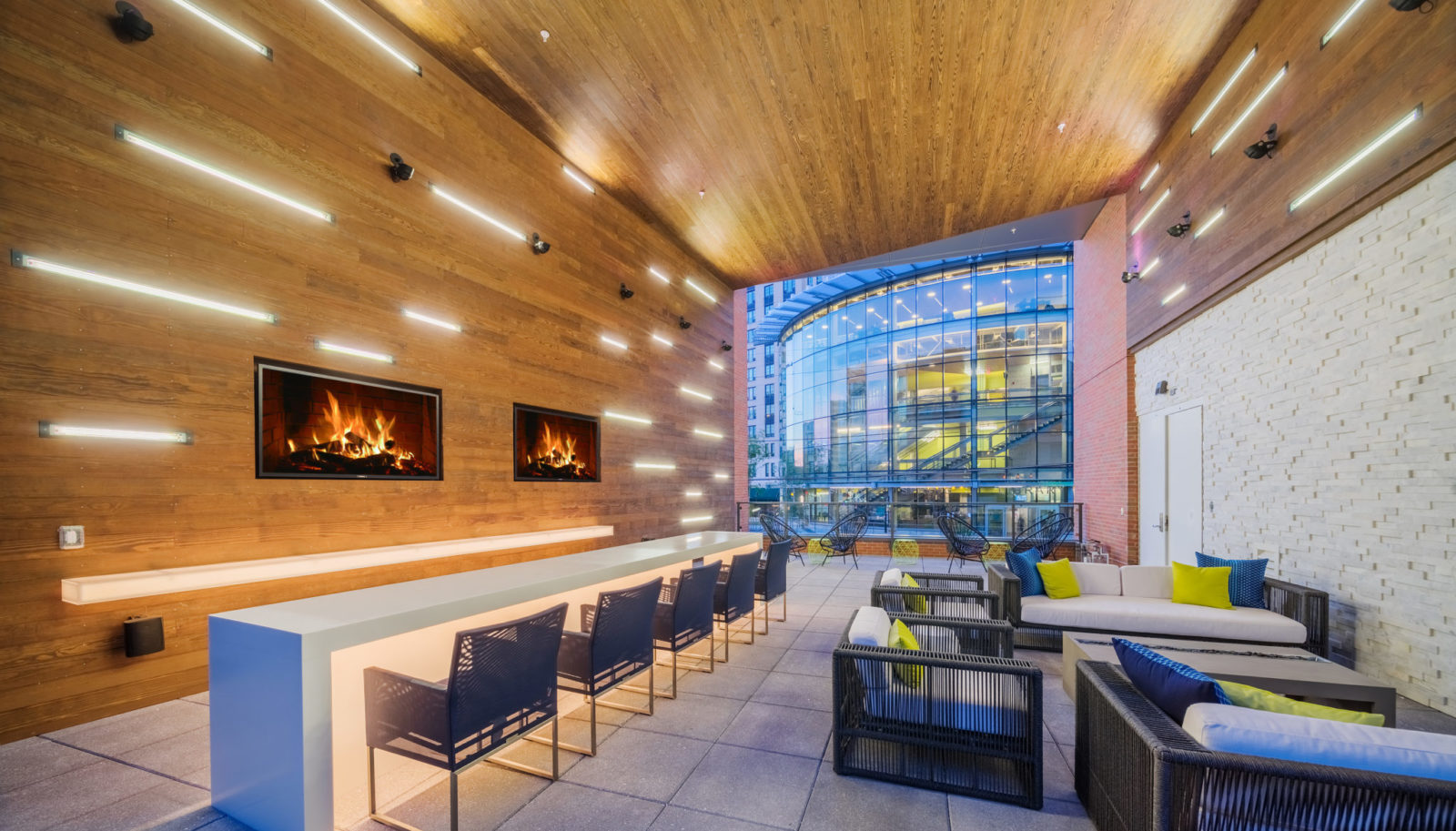 Central is the redevelopment of The First Baptist Church of Silver Spring into a mixed-use community and a new, modernized facility for the church, which is renamed the Federated Baptist Churches of Silver Spring. The program will include space for three different congregations: the current First Baptist congregation, a Spanish-speaking church, and Haitian congregation. It is a cornerstone in the continued revitalization of downtown Silver Spring that has transformed the surrounding neighborhood into a thriving entertainment, retail and employment district in recent years. The project balances the thriving retail and entertainment district of Downtown Silver Spring with the quiet residential neighborhoods that surround this busy, urban core. The larger more contemporary portions of the building create an urban edge near the intersection of Wayne Avenue and Fenton Street and the smaller-scale, more traditional facade is on Bonifant Street in response to the small single-family homes that line the street.

The design of the new development enlivens a block of downtown Silver Spring while providing a connection and transition to the adjacent single family neighborhood. The development also includes 31 below market rate units and an amenity package for residents incorporating an outdoor pool, indoor-outdoor party room, fully equipped workout facility, pet wash, bike workshop, and Wi-Fi lounge. At the groundbreaking, a time capsule that was placed in the church’s cornerstone during construction in 1950, was opened and contained old newspaper articles, movie tickets and restaurant menus. A new time capsule was filled with similar items of today including a selfie stick, and buried on the property at 8415 Fenton Street.