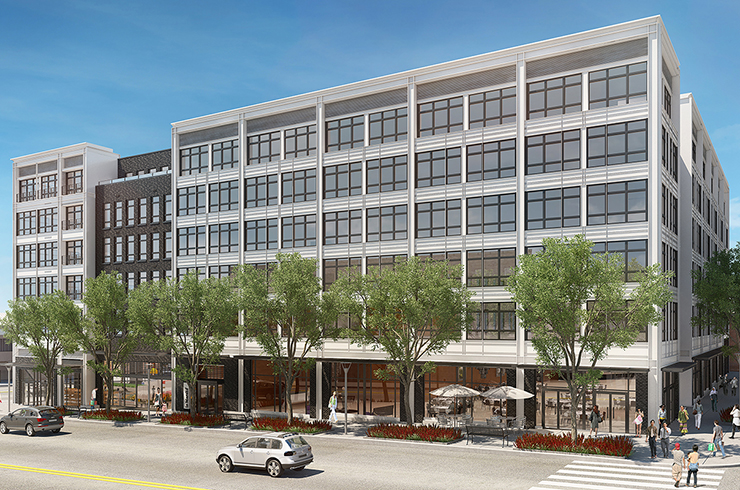 The Edison gets its first residents in Union Market!

SK+I is pleased to announce that The Edison is getting its first residents.  Located in the Northeast Washington, DC neighborhood, NoMa, The Edison is a truly unique addition to the multifamily buildings that have become so abundant in the Nation’s Capital. The design of the building alludes to the industrial cast iron facades from the turn of the 19th century that can be found in urban, mixed-use warehouse districts such as New York and Chicago. This effect is achieved with custom metal panel systems which mimic the cast iron frames, and the use of Smart Wall Trusses allows for larger expanses of glass.  The Edison is the first building in the Washington Metropolitan region using such a framing system, which is more common to the West coast.

The combination of bright metal panels and the dark iron spot brick provide contrast of tone and texture.  The design keeps the massing concept of a solid background with three protruding forms – one for each street with frontage and handles the detailing through a tectonic language.  With extensive ground floor retail, including a Trader Joe’s market, the project extends the urban streetscape of the NoMa neighborhood to the other side of the train and Metro track underpass.

From Bisnow DC: Inside The Edison, The First Multifamily Delivery of Union Market’s 6.000-Unit Pipeline